Apple has announced its free ‘App of the Week’ for this week, with the game Time Surfer: Endless Arcade Magic going free for a limited time.

Apple chooses one app or game to make free for a week by way of celebrating both the App Store and the title itself. This week’s choice is a game that would usually cost downloaders $0.99, and while a dollar may not be the biggest saving we have ever seen as part of the promotion, it’s not to be sniffed at. 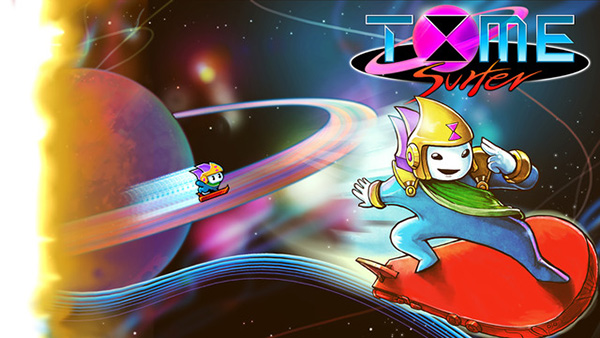 A riff on the endless runner games that proliferate the App Store, Time Surfer sees gamers race through space while avoiding obstacles just as you may expect if you are familiar with the genre at all. Where Time Surfer adds its own mechanic is in the ability to rewind time to fix your errors, something that can be a big benefit when things start to get a little hairy. To put it simply, it’s like Tiny Wings but with time control, obstacles, power-ups and the end of the universe involved.

With its distinctly 80s visual and audio style, Time Surfer is a game that will appeal to those of that time period while also scratching the endless itch that fans of the genre have. The time rewinding mechanic adds just enough variety to keep the game from becoming boring as well. 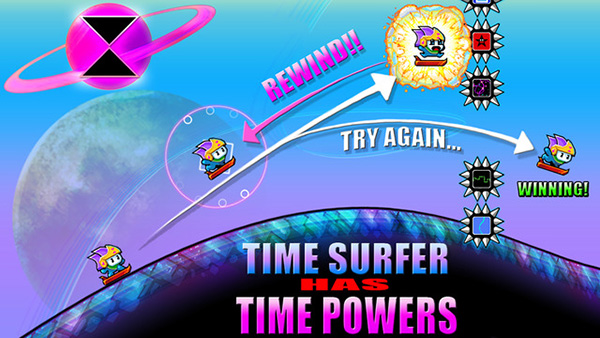 Available for both the iPhone and the iPad, Time Surfer may not fill hours upon hours of your time, but when it costs nothing, then you really can’t complain too much even if it just fills the time spent in line at the grocery store. The same thing can be said about the original dollar asking price, for that matter, so even if you do miss out on this week’s promotion, we see no reason not to give this game a try anyway.

Time Surfer: Endless Arcade Magic runs on iOS 5.1.1 or later and can be downloaded from the App Store for free, now.