We all know that Apple has struggled with knock-off devices for a long, long time. Fake iPods first began appearing in China long before the iPhone and iPad were announced, or even thought of. Now though, even the touch-screen loveliness of Apple’s flagship products find themselves being copied and sold on the black market. 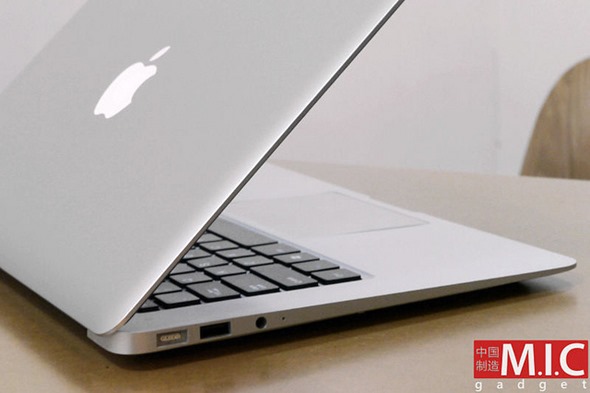 It’s not just handheld devices, either. A new knock-off MacBook Air, called the AirBook, shows just how good some of these fakes are getting, with time of course. In video at least, the 13-inch AirBook bares a striking resemblance to Apple’s high-quality MacBook Air notebooks, despite being made out of a matte-finished plastic as opposed to the unibody aluminum construction of the real thing.

Specification-wise, the AirBook isn’t exactly a powerhouse. Featuring a 1.8GHz dual-core ATOM CPU and 4GB of RAM, the fake found itself outpaced by the real thing when M.I.C. Gadget did an in-depth review of the unit. The display is a 13-inch glossy 1366×768 affair, and the keyboard is full-sized and comes complete with Windows keys, yes that’s right, this lonesome knock-off runs on top of Windows 7. That alone should make angels cry! 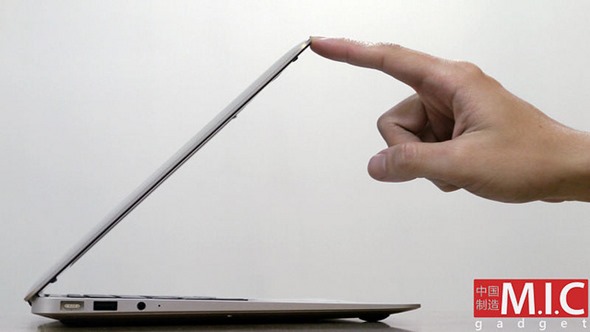 The knock-off also comes complete with an SD card reader, mag-safe lookalike power adapter and USB 2.0 port. A mini-HDMI port is present in order to facilitate the use of an external monitor.

The real difference is the price. Punters will need to stump up just $500 to get their hands on an AirBook, with Apple’s real MacBook Air 13-inch starting at $1,299. For those not paying attention that means you could by two AirBooks and still have money left over for a fake iPod, or whatever tickles your fancy. 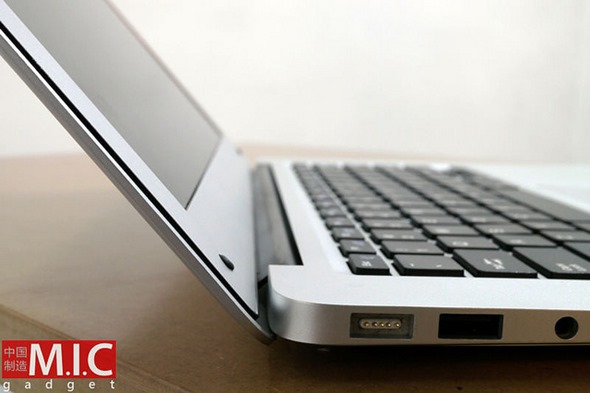 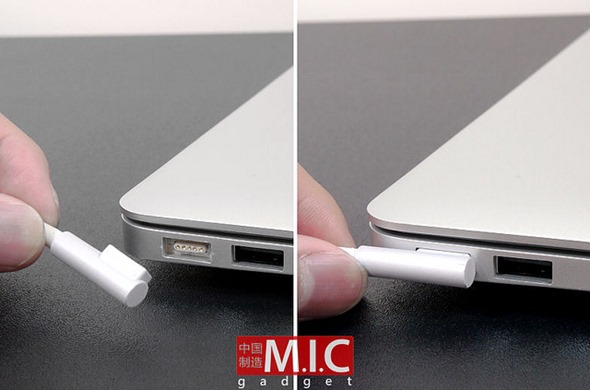 Obviously we aren’t saying you should rush out and buy an AirBook – anyone who’s used a real MacBook Air will attest to the quality fit and finish, not to mention the impressive speed considering the size of the thing. It is interesting to see just how good the fake devices are getting these days, though.