Have you ever wished that you could have your Nintendo Switch, Xbox One X, and PS4 Pro all in one box? No, neither have I, but that hasn’t stopped Origin making it happen to celebrate its 10th anniversary.

Oh, and there’s a gaming PC in there, too. 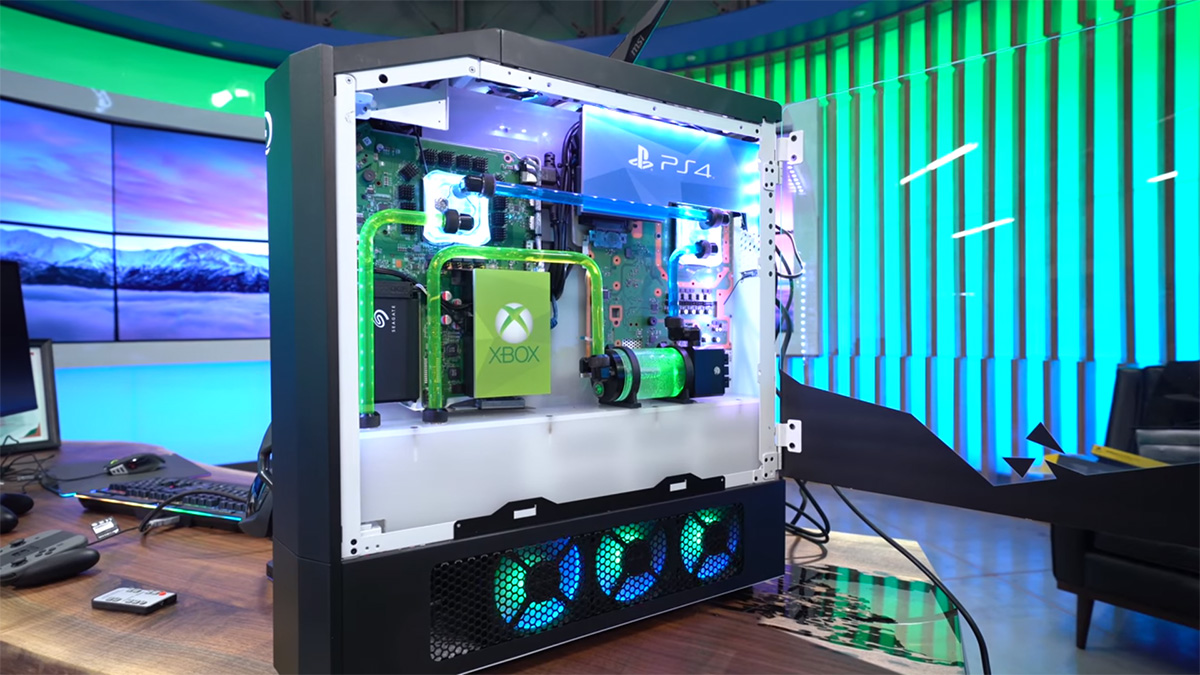 That PC isn’t a low-powered job, either. With a 9th generation Intel Core i9 CPU, Titan RTX CPU, PS4 Pro, Nintendo Switch, and Xbox One X all running from a single 1000w power supply, there’s no shortage of power and presumably, heat. Thankfully, there’s a rather fancy-looking custom cooling system in use to make sure nothing gets too warm.

In fact, that cooling actually goes some way to making everything look super awesome. Origin PC used water cooling that is colored to match the brand of the console in question.You can check the full computer and console setup out over on Unbox Therapy’s YouTube channel – words just don’t do it justice.

As you might imagine, this is one impressive looking piece of kit. Unfortunately, it won’t be something you can buy and is just part of the Origin PC 10-year celebrations. That’s a real shame, too, because now I think about it I do want one of these things.

I just don’t particularly want to think about how much it would cost if the folks at Origin PC decided to make this thing available to the public.