The world of tablets is certainly evolving at an unprecedented rate, and what better place to catch a glimpse of the future of the tablet market, than the Consumer Electronics Show? Panasonic has wowed onlookers by unveiling a stunning 4K Windows 8 tablet at CES 2013, and the guys over at TheVerge have had the privilege of a little hands-on. Packing a 20-inch display, it’s said to be aimed primarily at photography aficionados, while an included optical stylus permits the user to smoothly operate Windows 8 and make precise alterations to photos.

Of course, in proceeding to present such a humdinger, Panasonic has naturally decided against revealing all of the details and specs just yet, so as to retain general consumer interest and an air of mystery. Moreover, it’s unlikely to be near ready for consumption, and thus simply doesn’t want to heat things up before the food has reached the oven. But the "4K" bit confirms that, should it eventually release, image quality will be second to none, and although it won’t be a tablet in the traditional sense, it is certainly likely to take the fancy of many photographers. 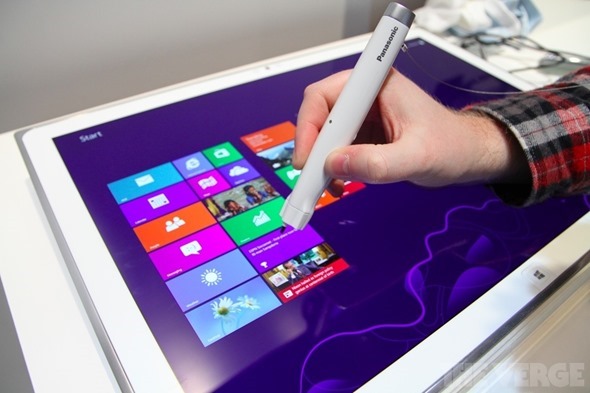 4K is, as we know, a resolution confined mostly to the television market. Although our traditional tablets have offered higher pixel density through generations, a 4K slab would be a pretty significant leap, to say the least. In a commercial sense, photographers would seem the obvious target market, but on a grand scale, professionals in such fields as design and architecture could also see great benefits from using this slate. 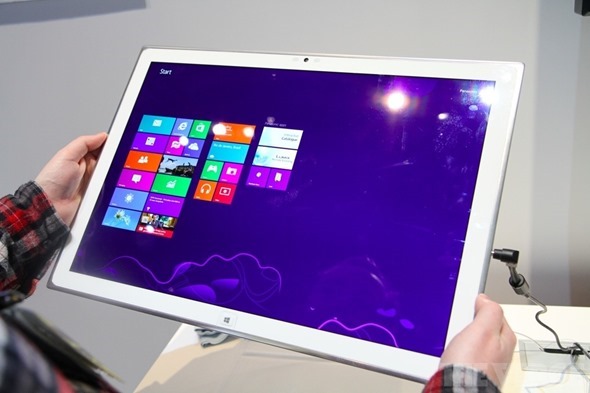 Its portability is questionable, and TheVerge’s Tom Warren also notes of how it can quickly heat up. Then again, what has been shown at CES will obviously be finely tuned before hitting the market – if of course it manages to avoid fizzling out like so many other perceivably marvelous gizmos we’ve seen in past years at CES. 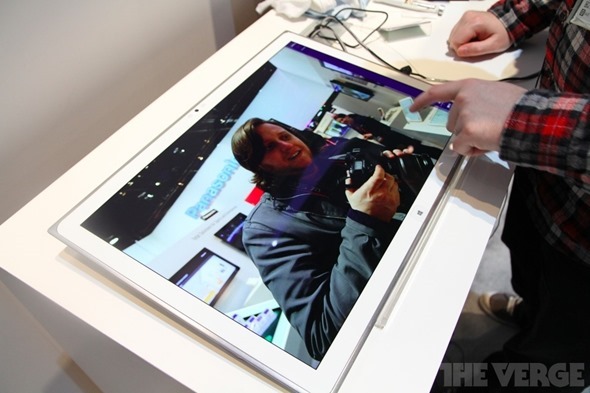 Of course, without a clear run of specs, we cannot possibly speculate on price, but with a 4K resolution display, it’s safe to say this baby won’t come cheap. Then again, photographers are renowned for spending thousands, even tens of thousands at a time, so if any market could afford a truly high-end, spec’d-out gadget, this would be it.