The notebook industry is so large and diverse that there is always going to be a product out there that will cater for the tastes of all who are interested in purchasing one. Regardless of whether it’s an upgrade to an existing product or the consumer’s first soiree into the laptop based computing world, you can be guaranteed that between the multiple manufacturers and operating systems out there, there will definitely be something to suit all requirements.

At the present moment in time, when you think of high-end notebooks, you don’t tend to immediately associate Samsung as the company who makes them. The most talked about and desired product in this field at the minute has to be Apple’s 15-inch Retina MacBook Pro that features one of the most beautiful displays ever seen on a notebook, and comes complete with OS X Mountain Lion, which Apple is billing as the most advanced operating system in the world. 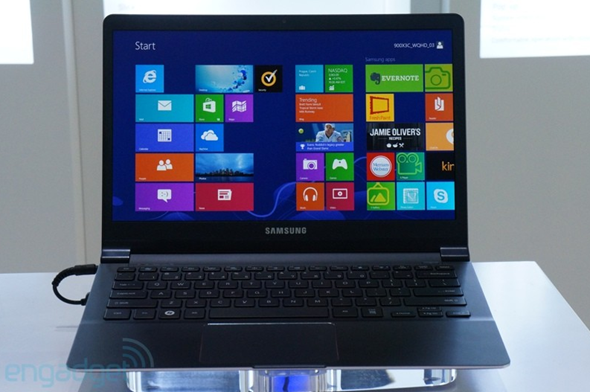 Although there is nothing on the market that currently competes with that Retina MacBook Pro, that could all change with Samsung’s attempt to rain on Apple’s parade. We’ve already seen the recent announcement of the new Galaxy Note II during the IFA Trade Show in Berlin, but as a continuation of that event, the Korean electronics giants have also taken the opportunity to show off a new prototype notebook. 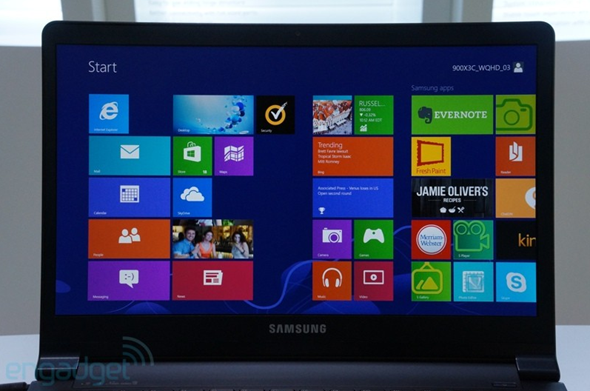 Dubbed as the Series 9 notebook, the rather swish looking piece of kit was running Windows 8, and if the internet chit chat is to be believed then it also features a super high-resolution display to the tune of 2560×1440 pixels. Not quite the Retina MacBook Pro quality, but still capable of providing a pretty much unrivalled visual experience to the user. Attempting to add to the display capabilities, Samsung has also included a matte covering to the display for maximum effectiveness in all lighting conditions. 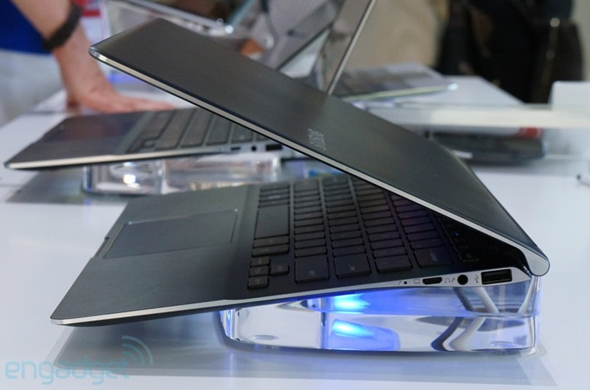 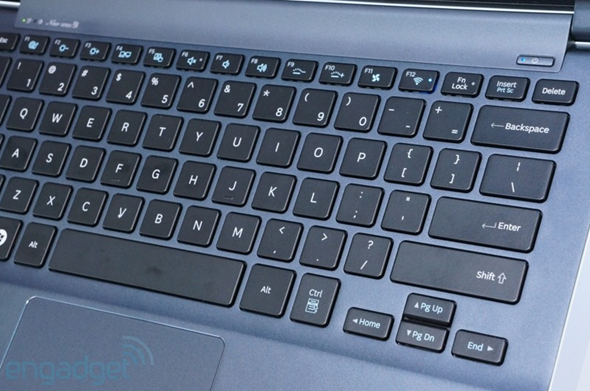 Although Samsung have had a tough time of late, it’s nice to see them getting back on the horse, so to speak, and still introducing us to some quality products that have the potential to change a certain segment of the market. Unfortunately, for those users who may be looking for something with similar specs to the MacBook Pro, but without the price tag, there is no word when this will hit the shelves or what it will be priced at, but stay tuned as I don’t think this is the last time we will hear about the Samsung Series 9 notebook.