If you are a regular user of the Twitter micro-blogging platform and also happen to own an iPhone or iPad or use an OS X powered Mac, then the chances are that you have either heard of, or extensively used the Tweetbot Twitter app in one form or another. It’s pretty much old news but Tweetbot is quite simply one of the most successful iOS Twitter apps available and has enjoyed huge success with the iPhone and iPad versions.

The next logical step would of course be to build a version of Tweetbot for OS X, allowing iOS users to coordinate their Twitter experience with a client on their Mac that has been built and crafted with the same design ideologies and passion. The developers took that challenge face-on and the Tweetbot for Mac alpha has been available on their website for a little over a month until the company were forced to remove it from general download last week due to changes in the official Twitter API. That is a different story for a different time, but the good news is; Tweetbot for Mac is back in an official beta form. Sort of.

First of all, the beta version that has been given the build number 0.8.0 is available to download from Tapbots website, but it comes with a few precursors before it can be used. Due to the new limitations and changes made within Twitter and their API, only those users who have registered an account with Tweetbot for Mac alpha build will be able to access this beta version. It also means that accounts cannot be reauthorized, so if for whatever reason a user decides to delete their account and then re-add it, they will encounter difficulties and ultimately be redirected to the official blog post on the subject. 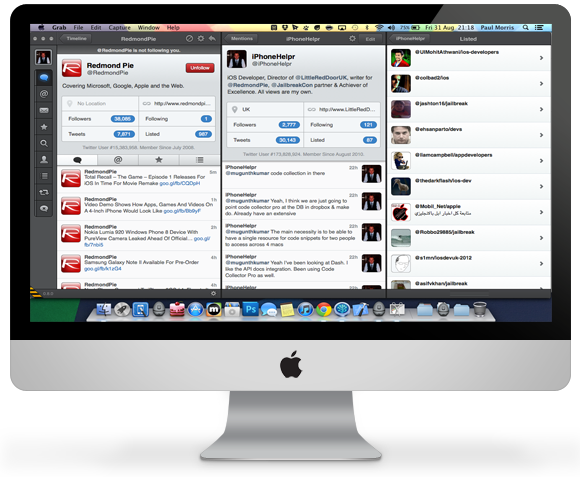 Looking past the few issues and requirements that come attached with the app, it actually brings a pretty decent set of changes to those who are already registered, and can download and enjoy the beta. The obligatory stability improvements and bug fixes are present in the new build, as well as adding the ability to paste images into a new tweet window, and copy full tweets that appear on a user’s timeline. The developers have also been hard at work adding new features, overcoming the Twitter restrictions and have added multiple shortcuts and gestures, as well as the ability to scroll through user information with a profile to allow more tweets to be displayed. 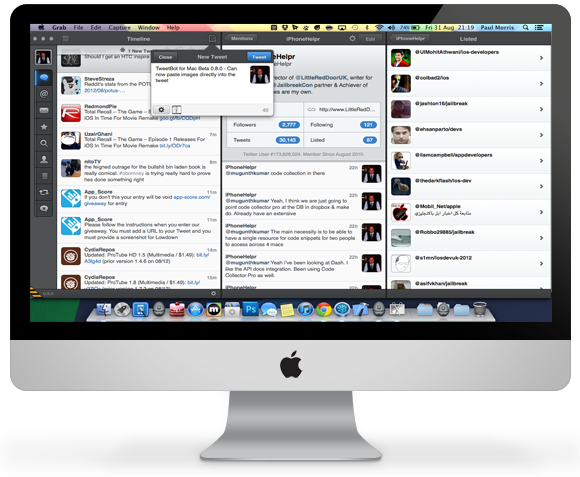 All in all, a pretty solid update that not only brings some additional and much welcome feature sets, but also fixes a number of known issues and makes the whole experience feel a lot faster and more stable. Continuing with this trend, we will hopefully see a full and final version pushed to the Mac App Store in no time.

You can download Tweetbot for OS X from here.