For those amongst us are who registered members of the Twitter micro-blogging service and also happen to own an iPhone, iPad or iPod touch will know that when it comes to choosing a Twitter app, it is a difficult choice. Out of the multiple Twitter apps available on the App Store, they all pretty much offer the same experience packaged into a different user-interface, that was until Tweetbot came along and raised the bar with an entirely custom UI mixed with great gestures and user interactions.

For one reason or another, Tweetbot has gained a bit of a reputation as being the accepted app of choice for iOS Twitter members and much to the delight of OS X users, the Tapbots team released a public alpha of Tweetbot for Mac which has just received a significant update. The update to public alpha version 0.6.1 comes hot on the heels of the initial release and shows that the developers, including the new team member Thomas Todd, are working hard to fine tune the app in preparation for full launch. 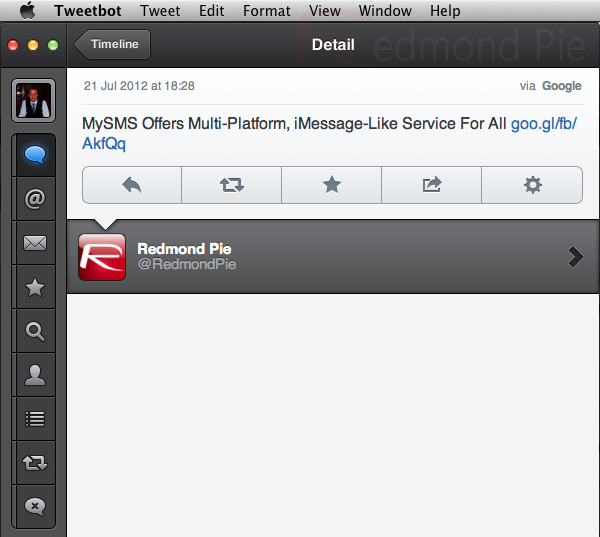 Those who used the initial alpha build will know that the design is heavily influenced by the iPad version of the app, but they will also know that it had some pretty obvious issues that were to be expected in this early stage. One of the most significant updates to the latest release that came last night is the inclusion of support for the up and coming Notification Center in OS X Mountain Lion, due for a release any day now. From using the initial build and tinkering with this update, it is also obvious that particular attention has been paid to improving the overall performance of the app as it feels a lot smoother and more responsive.

Tapbots have also taken it upon themselves to offer some additional keyboard shortcuts in this build, predominantly designed to make life easier for the user and allow them to invoke certain actions with the press of a key or a combination of keys. The additional keyboard shortcuts are plenty, but can now be used to perform actions as immediately going to a particular user, exit out of an image window and reply to tweets as well as composing a direct message. 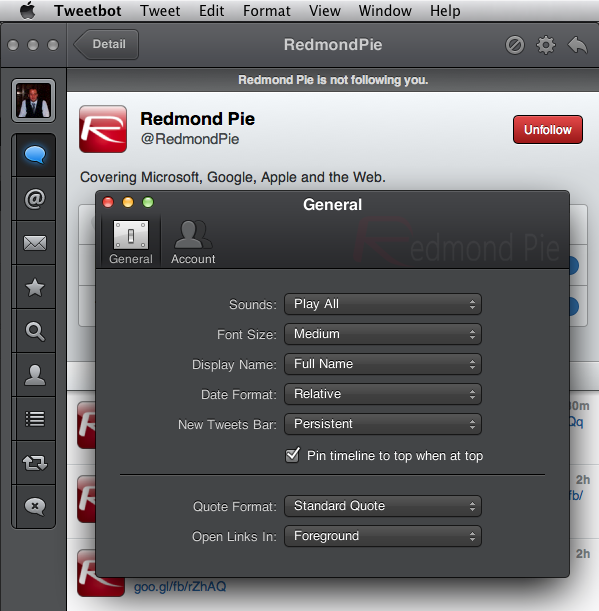 It’s unclear to the public how many people have actually downloaded and are using the alpha version of Tweetbot for Mac as their main Twitter client, but if the success of the iOS versions are anything to go by then it is pretty certain that the numbers are high. I wouldn’t be surprised if this alpha build actually functions as a lot of people’s main Twitter app, such is the popularity of the brand.