If you are one of those individuals who happen to be in the market for a new tablet in the coming weeks or so, then the recent leaked images of the new Amazon Kindle Fire may be of some interest to you. Amazon has showcased the current generation Kindle Fire as out of stock, obviously setting off speculation that they are about to furnish the marketplace with a new and improved version of their relatively popular tablet, something that seemed to be confirmed with the release of an image yesterday, purported to be of the new Kindle Fire.

The initial image didn’t really give a great deal away about the tablet and only showed the new product from the front. Initially it appeared to be a 7-inch black slab and seemingly didn’t really bring anything new to the market, at least from an aesthetic aspect. Following on from the initial leak, a couple of additional product images have emerged from the same source that give us a slightly more detailed look at what Amazon will be announcing with the new Kindle Fire, but still leaves us guessing about the more intricate aspects of the device. 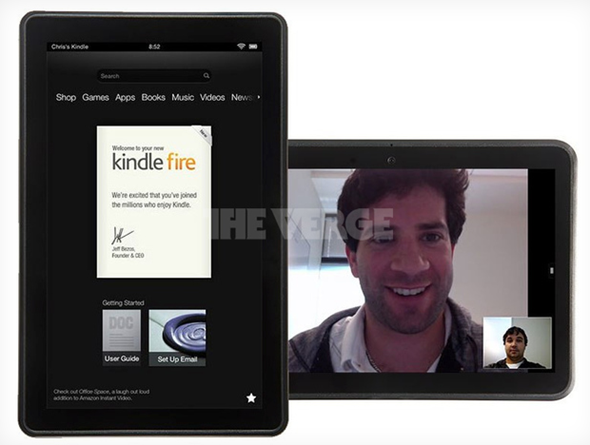 The images seem to suggest that Amazon will be building this next-generation device with an embedded microphone, as indicated by the small aperture at the top of the device. The new Kindle Fire will also have a forward-facing camera for making video calls through apps like Skype, although the technical specifications of that camera are unknown at the present time. The images also show Microsoft’s Skype app running on the tablet, but this is likely something that has been downloaded from the Amazon Appstore rather than something that actually ships as part of the device’s native installations. 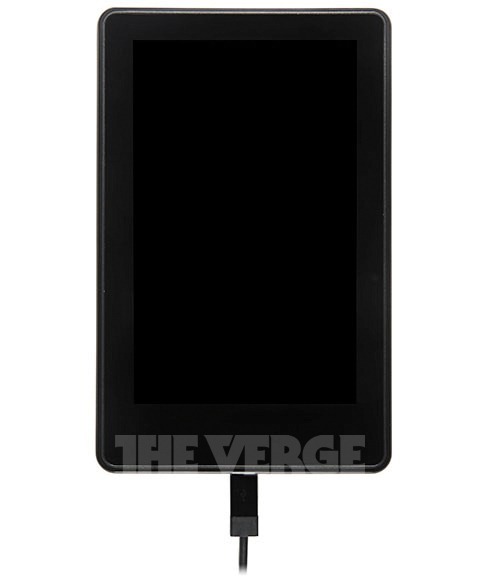 Taken into account the above information, more specifically the inclusion of a forward-facing camera and a microphone, if this is the new Kindle Fire from Amazon, then it looks like it could represent a rather large disappointment to users, as it looks largely unchanged when compared to its younger brother. The speculation about a new 7-inch and 10-inch model is still hanging around, but once again, it’s totally unknown whether Amazon will favor a staggered release or choose to introduce them both into the marketplace at the same time.