Have you ever wanted to mix two images together? Maybe it’s for double exposure photography or for just pulling off a face swap (interchanging the faces of two or more people in one photo), that’s up to you.  Well, you know what this segues into: there’s an app for that. Check it out after the jump.

Today, we came across an app called Juxtaposer that lets you integrate two images together.  It’s developed by the same folks (Pocket Pixels) who developed the popular selective coloring app Color Splash, so you know you’re in for a high quality image editing experience! 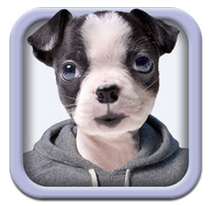 In Juxtaposer, you are required to take two images – a base image and a top image – loaded from your iPhone library or its camera. Once loaded, you can pan and zoom the top image, placing it over the base image precisely the way you want it (e.g. your wife’s face adjusted on your son’s) and then you can erase parts of the top image so that they fit with the base image. 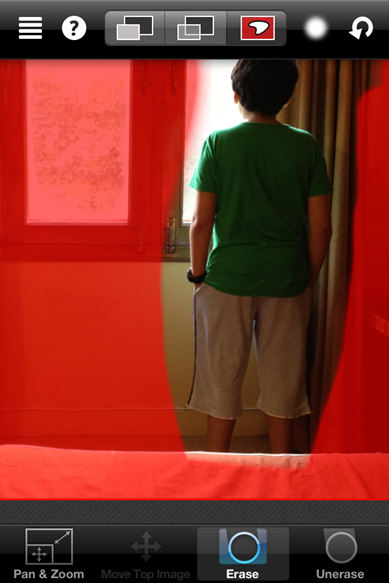 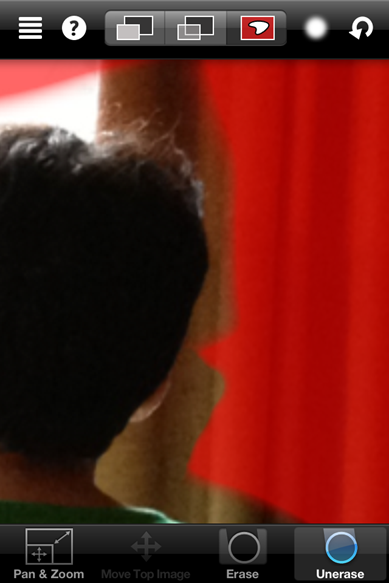 To facilitate users in this operation, they are given multiple options like being able to pan and zoom images, unerase over erased parts and undo steps one by one. Further, you can choose the size and edge hardness of the erase tool, as well as change the view mode between translucent – so you can see both images at once – or red mask for seeing which parts of the top image have been erased so far. If you want to create multiple copies of the edited top image, you can do so with the handy stamp tool. 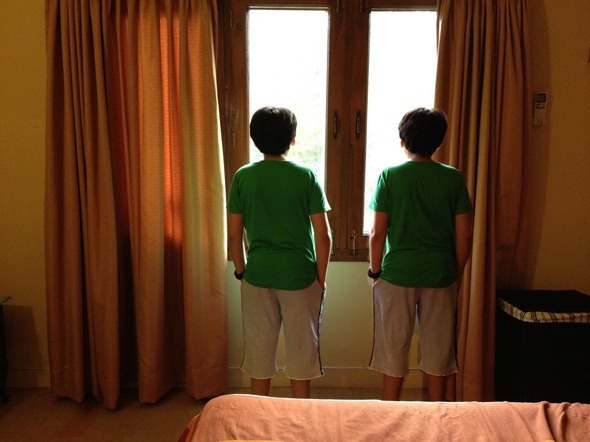 The app’s official screenshots show a textbook example of a faceswap that can be created with Juxtaposer: 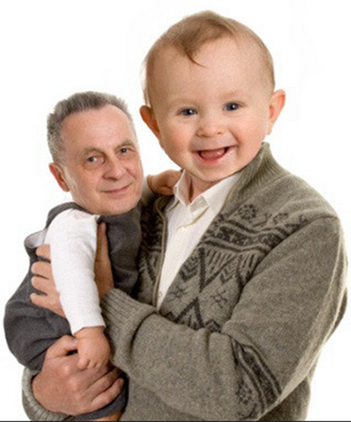 My gripes with the app include the lack of a redo button, as there were multiple situations where I undid something only to realize it wasn’t required and that there wasn’t any redo option to quickly restore the image’s previous state. Additionally, its lack of support for more than two layers was disappointing; why can’t I mix three or four images together? The only way to work around this limitation is to edit two images together, then use it as a base image in another session with a different top image but that is rather cumbersome. 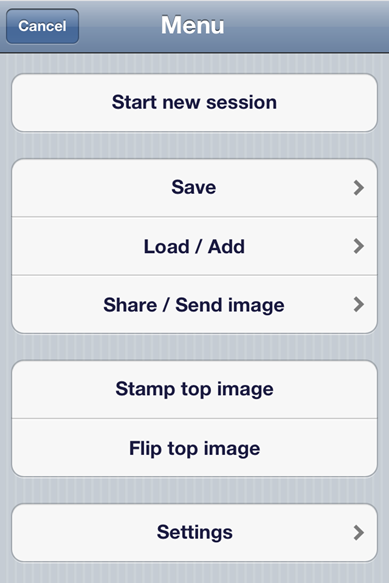 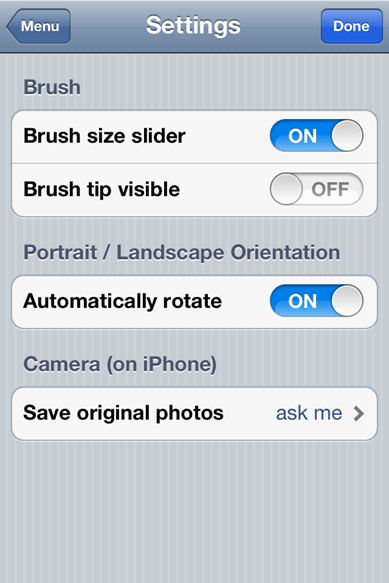 Juxtaposer is available for all iOS devices running iOS 3.1 or higher. It can be downloaded for the reasonable price of $2.99 from the link below: