The Samsung Galaxy S4 Bend Test On Video [Spoiler: It Bends And Cracks]

Social media has been abuzz over the past 24 hours with reports that the iPhone 6 Plus has a bit of a problem, in that the aluminum shell appears to bend while in users’ pockets with apparently very little force being applied. The controversy has sparked a fierce debate on Twitter, and while some believe that Apple’s own design is at fault, others are of the opinion that if you sit on your device or place it in a precarious position, then you’re basically asking for trouble. Apple has yet to make a comment, and given that the scale of the issue doesn’t seem to be widespread, there’s no telling whether the company will release a statement on the matter, but for the sake of entertainment / argument, one YouTuber has also carried out the ‘bend test’ on a Samsung Galaxy S4. Does it bend? Find out after the fold.

The very notion that a mobile device would not bend under immense pressure using one’s bare hands is a fairly ridiculous one, and while Unbox Therapy’s test proved that the iPhone 6 Plus would indeed lose its shape in said situation, it doesn’t really tell us a great deal. For a sense of perspective, another bend test video has emerged showing last year’s flagship Samsung Galaxy S4 under immense force, and while it doesn’t quite bend as much as the iPhone 6 Plus did in the last clip we saw, it did still sustain significant damage. 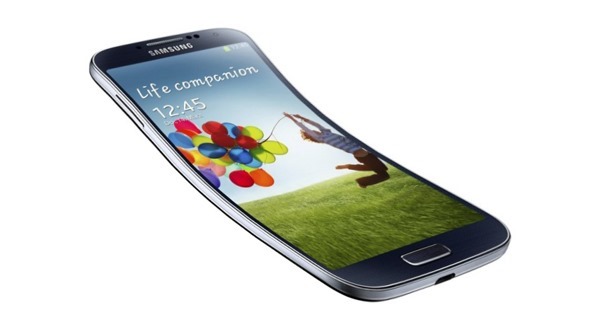 The key thing to remember here, is that smartphones are not designed to be placed in such stressful predicaments. Sure, some models are more rugged than others, but even though many top-level handsets offer such perks as dust and waterproofing, we should still remember that these pricey devices are to be taken care of.

In the case of the iPhone 6 Plus, it remains to be seen whether the bending issue will affect a large number of individuals and is actually a major problem, or if it has simply been blown out of proportion. It’s worth remembering the device is 7.1mm thick, comprised almost solely of the famously malleable aluminum, and has a large surface area. Thus, it could well succumb to some damage if you decide to place it in your back pocket and happen to sit on it by accident, for example, and while it may well be that the iPhone 6 Plus is a more vulnerable to bending than others on the market, the same rules apply across the board.

Anyway, check the Galaxy S4 bending clip below, which results in a bent and screen crack, and do leave your thoughts in the comments.