The iPhone 6 Plus, the larger of Apple’s two new handsets, is the ideal choice for folks who’ve long since been attracted to devices like the Samsung Galaxy Note but prefer iOS, and among the 10 million iPhones sold over the launch weekend, a sizeable portion would have been made specifically by those picking up the Cupertino’s first phablet. But while most of those who went out and made the purchase are reporting positively of their latest acquisition, some have inadvertently managed to bend their device out of shape merely by leaving it in a pocket when performing an activity.

It’s not uncommon for phones to become damaged in all manner of situations, but a device bending while placed inside a user’s pocket is a little out of the ordinary. It has, it must be said, occurred to a few iPhone 5s users in recent times, but given that the iPhone 6 Plus is much larger and, in turn, considerably thinner, the risk of bending occurring is only likely to increase. 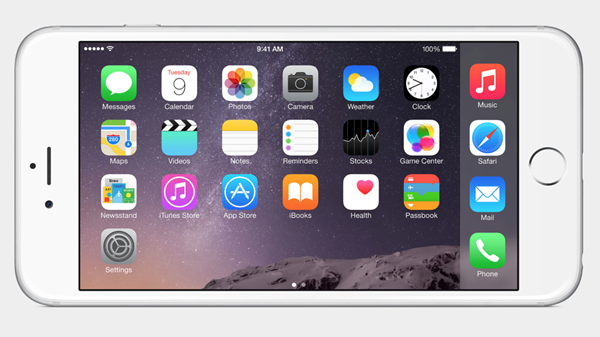 One user, having kept his device in his front suit pocket for most of the day, spent the vast majority of his time driving, sitting and dancing, but soon noticed some time later that his device has been slightly bent out of shape.

The obvious solution to avoiding this issue arising with your device is to ensure that it is not in a vulnerable position when you’re sitting down, bending, or partaking in any rigorous activity. From what we’ve seen so far, the iPhone 6 Plus is not particularly rugged, and even if you’re in ownership of the smaller iPhone 6, the mere fact that this has also afflicted iPhone 5s users in the past means that you too should proceed with a fair dose of caution.

Picking up a decent case or cover will obviously help your cause, particularly one comprised of a solid material, although you will lose some of the thinness of the overall profile. Still, we’d say that it’s better to have a slightly bulkier iPhone than one with an accidentally curved profile, even if curved displays are currently in vogue.

Have you experienced a similar issue with your iPhone 6 / 6 Plus?