GTA 5 For PC, Xbox One And PS4 Will Get In-Vehicle First Person View Mode

It has long since been known that a new, up-scaled and improved version of Rockstar Games’ Grand Theft Auto 5 would be rolled out for PlayStation 4, Xbox One and PC in due course, and earlier this month, we got official confirmation of the release dates. The console edition will be headed our way on November 18th, with the Windows edition set to début on January 27th, but while PC users might still have a bit of a wait on their hands, we’re now getting more information on just how much better this new version will be.

Rockstar has continued to promise that Grand Theft Auto 5 will be more than just a higher-definition remake of the original. Sure, the title will play out in much the same way, but as we’ve seen from the new trailer, it’s as if the entire landscape has been rebuilt from the ground up, and according to information disclosed by the publisher / developer itself, gamers will also be able to enjoy a first-person driving experience. 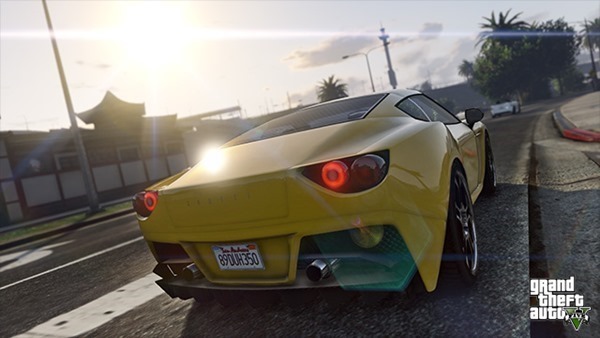 This new feature, which will be exclusive to the next-gen editions of GTA 5, will certainly make Los Santos feel much more immersive, and according to the official document posted over on Rockstar’s official GTA 5 site, it’s not the only perk that the forthcoming title will offer over the current edition.

Although the document has since been removed, it also revealed that the game will include “a brand new first-person mode while on foot,” and in-vehicle, of course, along with “new animals roaming Los Santos” and an “overhauled character selection screen.” Users will also be able to enjoy new Easter eggs as well as “random events” for story mode, and while Rockstar has already noted that Xbox 360 / PS3 gamers will be able to transfer their progress, there are one or two other bonuses to be had for those already in ownership of the title. 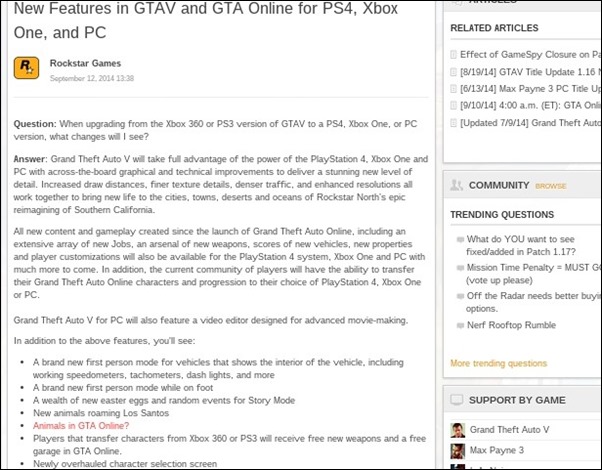 Those transferring characters to the new game will be in receipt of “new weapons and a free garage in GTA Online,” and although we’re still a couple of months from the initial release run, we’re already very excited to experience what the fastest-selling title of all time looks and plays like on the newer, higher-spec hardware.