Apple is expected to announce the iPhone 13 lineup next week, but the new handsets have already been upstaged by iPhone 14 — a device that isn’t set to be announced for a whole year.

That’s because the iPhone 14 has already leaked after Front Page Tech shared renders of a device that is being tested inside Apple.

Ignoring for the minute that an iPhone leaking a whole year out is absurd and Apple will no doubt be looking to crack down on such leaks, this is a big deal. All you need to do is look at the renders to see why that is.

Let’s assume leaker Jon Prosser is on the money with this, at least for now.

According to Prosser, the new iPhone 14 will look very much like an iPhone 14. That means a glass back that helps the glass front sandwich metal rails that run all the way around the device’s sides, top, and button. That metal will be titanium, according to Prosser, while it will also house round volume buttons — just like the iPhones of yesteryear.

No doubt the biggest and most noticeable change is the lack of a camera bump, however. Prosser seems to suggest that Apple will be making the new iPhone 14 thicker so as to allow it to ditch the camera bump entirely. That will be quite the change in focus for Apple — a company that has historically tried to make devices as thin as possible. 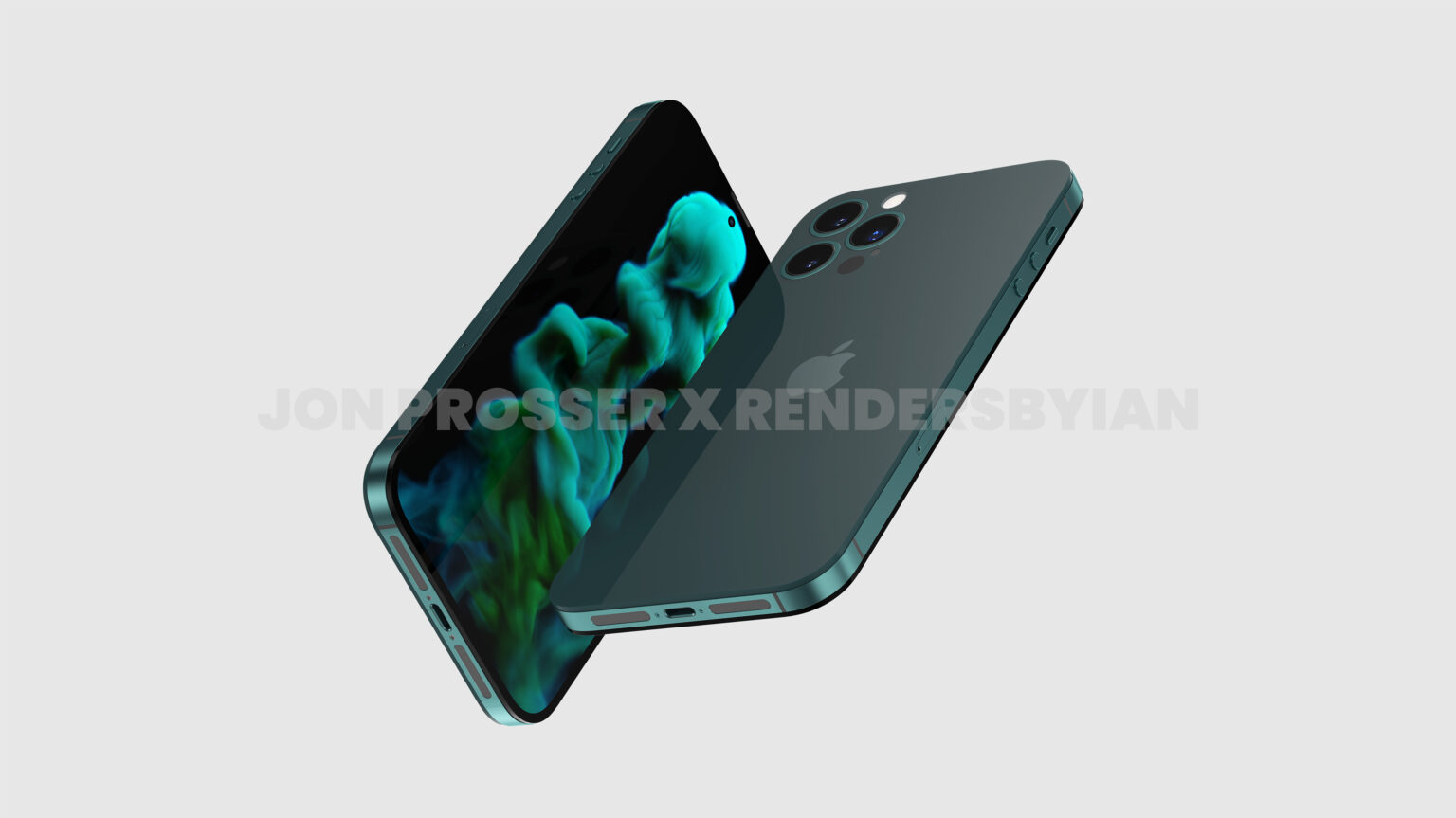 Another big change — and one that will battle the camera bump in terms of biggest improvement — is the removal of the notch. Prosser says that will likely only happen on higher-end iPhone 14 models, however. Replacing the notch is a hole-punch camera, with Face ID technology seemingly sat beneath the display.

We’ll have to wait to see whether this iPhone 14 leak is accurate, and it’s likely to be a long time before we know for sure. But for now, attention turns to iPhone 13 — even if it might already look old!