Tesla’s Semi Truck Deliveries Will Begin With Pepsi In December

Tesla CEO Elon Musk has confirmed via Twitter that the company’s first electric truck will begin deliveries to Pepsi on December 1, 2022.

The Semi truck had originally been announced in 2017 and was supposed to begin production in 2019. 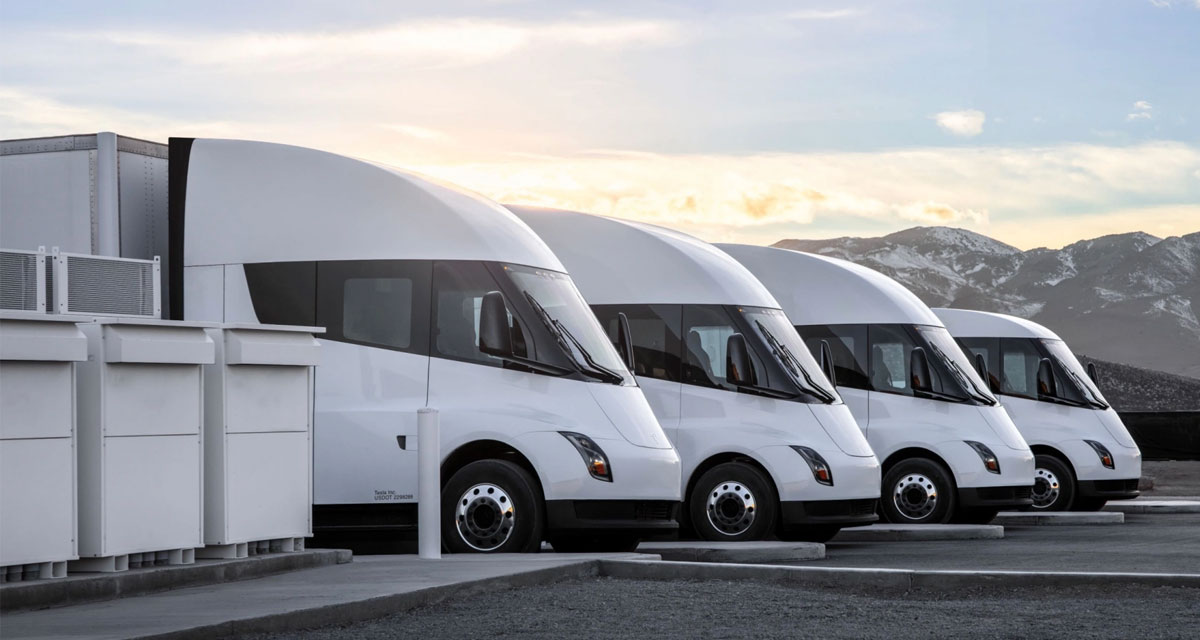 That original delivery window came and went with Tesla later saying that it would begin building trucks for its first customer, Pepsi, in October 2022. Now Musk says that he is “excited to announce start of production of Tesla Semi Truck with deliveries to Pepsi on Dec 1st!”

The Semi itself is a truck that promises 500 miles of range and a 0-60 time of around 20 seconds when loaded, and it’s said that Tesla has 100 of these electric vehicles on order.

The Semi isn’t the only vehicle that Tesla has struggled to get out of the gate, of course. The company has also missed various production dates for the Cybertruck as well, with Musk now saying that particular vehicle will go into production in the middle of next year.

Excited to announce start of production of Tesla Semi Truck with deliveries to @Pepsi on Dec 1st! pic.twitter.com/gq0l73iGRW

Whether that will happen remains to be seen, but the progression of Semi manufacturing might suggest that Tesla is now starting to get its act together.

Not that buying other Tesla vehicles is easy right now. The worldwide parts shortages have impacted all automakers, and Tesla is no different. Delivery windows for Tesla EVs are long, even for those that have been on sale for some time.