Tesla has begun to roll out a new update to its Full Self-Driving Beta software, bringing the version number to 10.7. While the update has a few changes to it, the main one appears to be improvements related to the phantom braking issue some drivers have been dealing with.

According to one Reddit user, the list of improvements is a lengthy one with two of the changes relating to “reduced false slowdowns,” something that people have been calling out as a potential safety issue for some time now.

The full list of changes in this version 10.7 release includes: 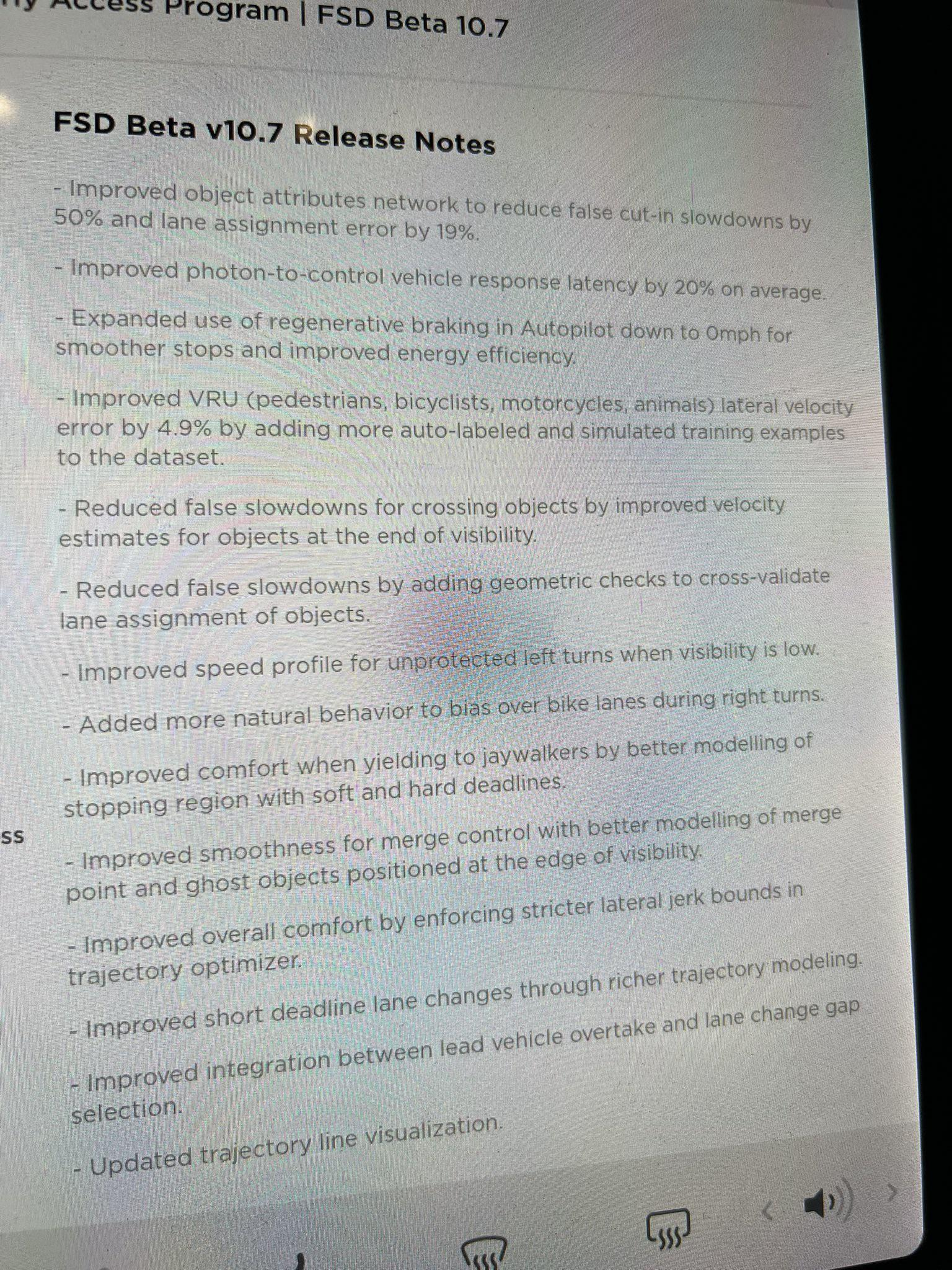 The update appears to be on its way out to Tesla cars that are part of the FSD beta right now, although it isn’t immediately clear whether it is being made to more drivers than the previous versions. Only those with safety scores of 98 or above are able to install the beta at all, of course.