T-Mobile US HTC HD2 is Official

All the previously leaked rumors which were indicating towards a possible T-Mobile US version of HTC HD2 were indeed true. HTC and T-Mobile has announced today that HTC HD2 is finally headed to United States exclusively on T-Mobile network. 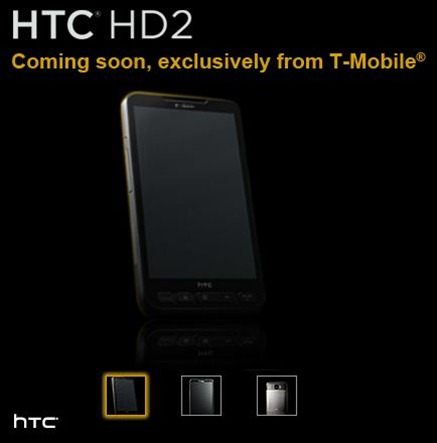 HTC HD2 was released in Europe and Asia in October 2009 for a retail price of approx. US $800 for the unlocked version. HD2, which was previously codenamed as Leo is powered by Windows Mobile 6.5 and is the first Windows phone to feature multi-touch support through HTC Sense (aka HTC TouchFLO 3D 2.5). The device features a massive 4.3 inches capacitive display, and is powered by the 1Ghz Snapdragon processor. Full specs of the device can be found here.

Google Nexus One with almost the same specs as HD2 is also available on the same carrier network in US. It will be interesting to see which device tops the other in the days to come.