A source closed to MSMobiles has confirmed that HTC HD2 will be receiving an official free upgrade to Windows Mobile 7 once it is out in Q4 2010. This makes sense because HD2 is the first phone which meets all the hardware chassis requirements laid out by Microsoft for a phone which will be powered by Windows Mobile 7, including support for multi-touch through its massive 4.3’’ capacitive display. 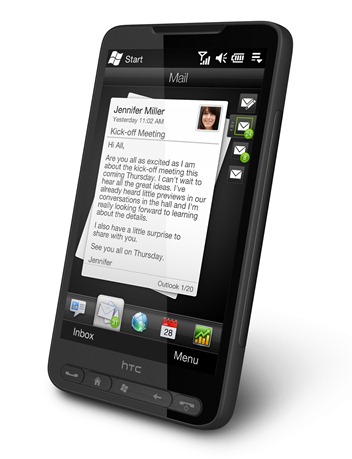 For those of you who don’t know, HTC HD2 which was previously codenamed as Leo is powered by Microsoft’s newly released Windows Mobile 6.5 and is the first Windows phone to feature multi-touch support through HTC Sense (aka HTC TouchFLO 3D 2.5). Hardware wise, HD2 is by far the most powerful phone available in the market with Qualcomm’s new 1Ghz Snapdragon mobile processor which delivers enough power for a great responsive and smoother end-user experience.

Microsoft is expected to show-off Windows Mobile 7 for the first time next year at Mobile World Congress in February 2010, followed by MIX Conference in March 2010.

So if you are holding off from buying this powerful handset just because it runs on Windows Mobile 6.5, Now you don’t have to since it will (according to source) be upgradable to Windows Mobile 7 for free when it comes out next year.