The sequel to the already popular Sense UI has been ported over to the oldest and the most customizable Android based device i.e. HTC Dream / T-Mobile G1. For those of you who don’t know, HTC Sense UI is a feature experience of many HTC Android based phones like HTC Hero and Droid Eris. This latest version of Sense UI user experience is going to be the part of the upcoming HTC’s Android 2.1 based handsets like HTC Espresso, which are expected to be released in the first half of 2010. 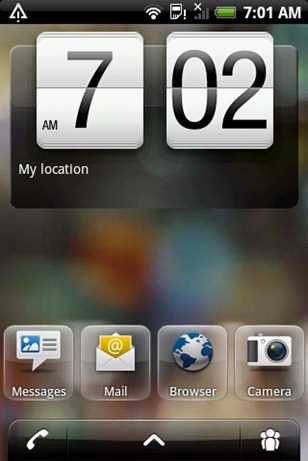 Screenshots from the said ROM ON G1 with HTC Espresso’s Sense UI are as follows. 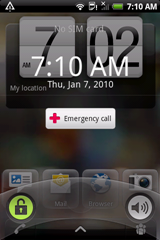 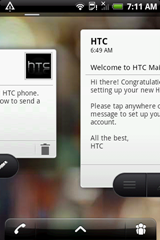 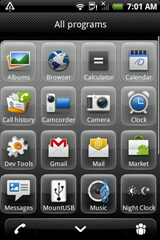 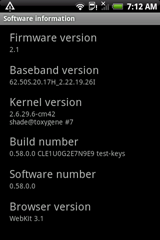 click on the images to see them in full resolution.

The HTC Espresso’s Sense UI port for G1 has been stripped down with lots of optimization to make it work with G1 without any lag. It is said to be stable enough for daily use and will work with both, T-Mobile G1 and MyTouch3G. Those of you who are feeling adventurous can go ahead and try this out by heading over to AllDroid forums. We are not to be held responsible if you ended up bricking your phone.