Vodafone Nexus One Gets Multitouch

Just like the Motorola Droid on Verizon, US version of Nexus One which was launched by Google earlier this week didn’t ship with multitouch capabilities in web browser or any of the apps even though the hardware and Android 2.1 OS was fully capable of it. This surely was a set back considering the fact that iPhone can do it since 2007. But now according to this report from Engadget, a phone passed on to the German site Heise has all the multitouch goodness like pinch-to-zoom enabled in the web browser. This could very well mean that the European version of Nexus One, which is due to launch on Vodafone in Spring of this year will have this functionality enabled right out of the box. 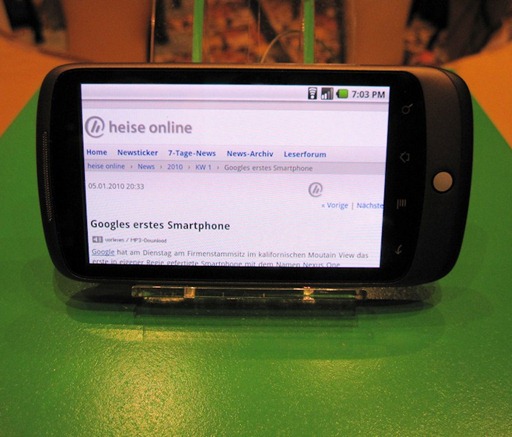 It is worth mentioning here that the European version of Droid, named Motorola Milestone also has all the multitouch functionality enabled, while the American version Droid on Verizon doesn’t. Hopefully, hackers at some point would be able to port the European version of Nexus One ROM over to the US one to enable this functionality just like how they did it with Milestone ROM port that brought multitouch to Droid.