T-Mobile G1 has to be one of the most customizable device that you’ll ever see. Folks over at AndroidSpin forums have managed to port Android 2.1 ROM from Motorola Droid over to the first Android powered phone, the T-Mobile G1/HTC Dream. The Droid ROM ported over to G1 is said to be fully functional and a stable release is expected to be made sometime this week.

Screenshot from the said ROM is attached below. 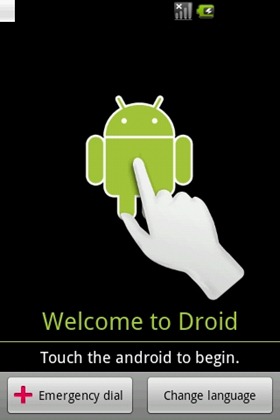 Rumor has it that HTC Dream/T-Mobile G1 may even get the official Android 2.0/2.1 OTA (over the air) update, but official confirmation on this is yet to be made.