I remember back in October when Apple announced the release details for the iPhone 4S and iOS 5. There had been so much speculation about iOS 5, and as a developer I had been using the development build for quite some time before the official release so I pretty much knew what to expect. However, as a person who generally gets each new device as soon as it is launched I was on the edge on my office chair when the section about the 4S began.

Some of the announcements pertaining to the device specifications were expected – powered by the same dual-core A5 chip that is in the iPad 2, 8MP camera with all new optics and 1080P HD video recording, up to 7x faster graphics, inclusion of the personal assistant Siri. It was at that point that I actually had to stop and think for a minute saying to myself, "hold on a minute, they’ve put Tom Cruise’s daughter into the iPhone 4S?".

Being as far removed from the Hollywood and celebrity circus as possible, I only have a fleeting knowledge of what ridiculous names these movie stars give their kids. I pretty much stopped paying any attention whatsoever after Chris Martin and Gwyneth Paltrow decided that ‘Apple’ would be a good name for their daughter – trust me, it isn’t! As much as I love Apple devices I don’t think I would be too happy about being personally assisted on a daily basis by what I imagine is a movie stars pampered and spoiled daughter. 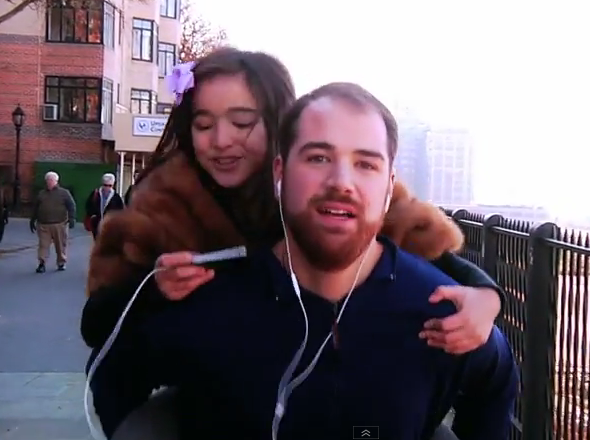 Well, as it turns out I was mistaken. The little madam in question is actually called ‘Suri’. After realizing my honest mistake I quickly moved on with my life and started imagining a beautiful world where Siri and I would bounce ideas off each other, becoming the productive partnership I had always dreamed of. However, it seems that I am not the only person in the world who made the same connection between the new intelligence technology and Tom Cruises little princess.

Up step the good people at the DrCoolS3x YouTube channel who have gone to great lengths to produce a pretty cool Siri parody video called ‘Suri Cruise on the iPhone 4S’. Billed as the most advanced voice recognition technology in the world, brought to us by Tom Cruise’ Katie Holmes. The video is 75 seconds long and is actually pretty funny and features a well acted part by an adorable, but somewhat concerning ‘clone’ of Suri Cruise.

(Thanks to @dustindrury for the tip)