The wait is finally over! Apple has today released the final version of iOS 5 for end-users, so those of you desperate for some of the many useful improvements and new features, we suggest you head over to iTunes right now and update!

With the Cupertino company’s latest smartphone – the eagerly awaited iPhone 4S – due in just two days’ time, we will have to wait a little while before we can experience Siri – Apple’s system wide virtual voice assistant which, if the hype’s anything to go by, is set to be the real clincher of this release. For those not investing in Apple’s refreshed iPhone, there are still many great new features to enjoy and mull over.

Forget the new toys such as Siri, Find My Friends and Newsstand momentarily, and remember the number one problem with iOS 4.x. Apple’s celebrated mobile operating system wasn’t missing a bionic woman looking after us, yet another way for us to stalk our friends, or another digital reading app. The main issue; the pet peeve; the number one, single biggest annoyance amongst iOS users was this: 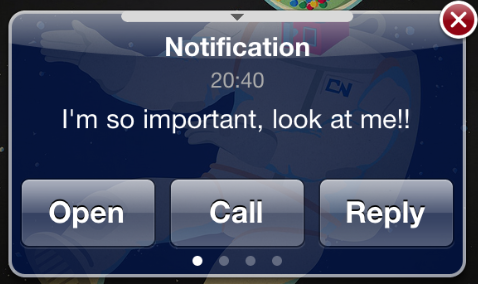 Thankfully, with a little help presumably from Peter Hajas, the guy behind the MobileNotifier jailbreak tweak, iOS 5 introduces a Notification Center, complete with unobtrusive updates which don’t block out whatever they so please, as depicted above. One small tab will notify you with a tap on the virtual shoulder, as opposed to the full on slap in the face of an iOS 4.x notification. 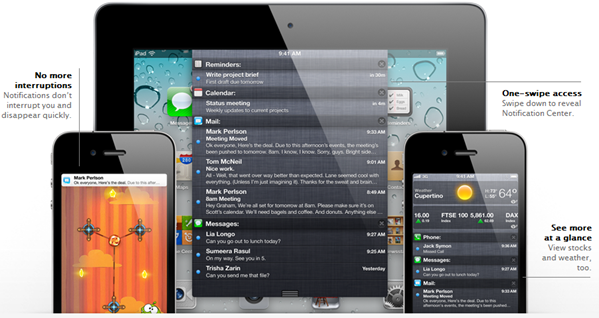 As well as the highly sought after Notification Center, Apple’s iMessage service enables those using iPhone, iPad and iPod touch devices to send and receive free instant messages – in a similar way to that of Research In Motion’s BlackBerry product range. It goes without saying that a data connection of some description will have to be present, but it will surely save consumers a buck or two, as well as engaging the entire touch-screen iDevice range through one communicative service.

Apple’s head honchos tells us that there are 200+ total improvements in this release (including the ability to update future iOS 5.x updates Over-the-Air), and new ones are being discovered daily, so if you do happen to stumble across anything interesting, give us a tip and it could be featured here at Redmond Pie! 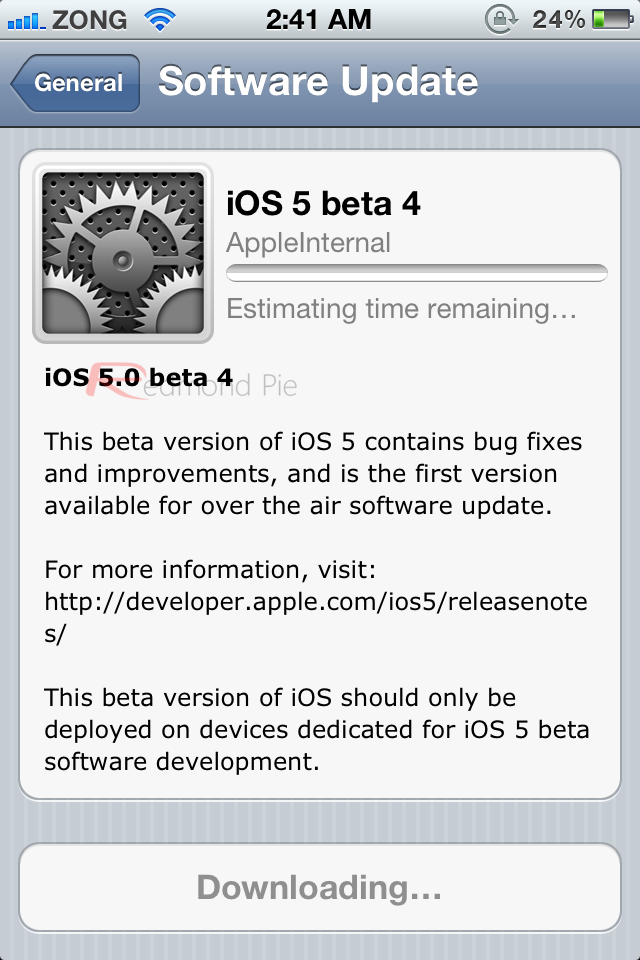 And here is the link to download iTunes 10.5 for Windows and Mac.