By nature, I am not a betting man. However, If I was I would be willing to bet that the majority of people reading this would have in no way suspected to see a trailer containing an evil version of Apples new personal assistant Siri. I would go even further in my assumptions by stating that no one would ever expect a Siri related post that draws comparison to the 1983 superhero movie Superman 3. 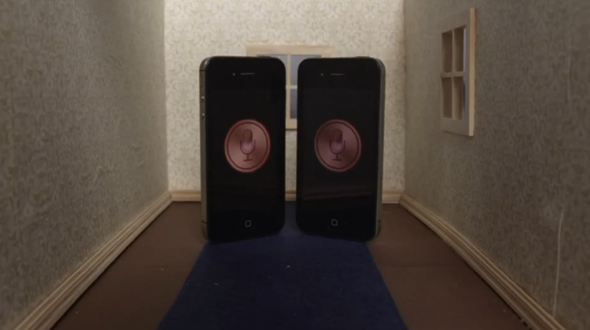 Be prepared to be shocked, intrigued and sent on a reminiscing journey to the early 1980s all at the same time. For those that have been living under a rock for the last nine weeks, let me begin with a very brief history of Siri. Siri is a feature of the new iPhone 4S which acts as a personal assistant by using intelligent software and a natural language user interface to receive and process voice requests by the user.

One of the most impressive claims in relation to the Siri software is that it can adapt to a users preferences over the course of time, resulting in personalized results being returned. If this claim is indeed true, it makes the mind wander to thoughts of artificial intelligence and where that could lead us in the future.

Let us take a trip down memory lane to 1983, one of the biggest blockbuster movies of the year which by current standards looks extremely amateurish, but at the time was considered to be cutting edge in terms of special effects. If you are familiar with the movie you will be aware that August Gorman (the character played by Richard Pryor) discovers he has an ability for computer programming and ends up building a supercomputer under duress from his employer to aid him in taking over the financial world. The movie ends it a battle between the man of steel and the supercomputer after it engages in a self learning process and turns on its creators.

Whenever I watch the Siri iPhone Movie Trailer the comparisons with Superman Three always spring to my mind. A device which is capable of doing such good for the world, and is designed with the sole purpose of making life easier for its user adapting and becoming conscious of its own presence, making its own decisions.

The trailer is obviously tongue in cheek, made by the people over a Rooster Teeth and is intended to bring some light hearted humor to the social media circus which is currently surrounding Siri. However, when watching it, you can’t help but think what if…

(Thanks to our own Waisybabu for spotting this out!)