If big game creators ever join forces to produce some kind of hybrid mashup, then I undoubtedly want to see Sonic the Hedgehog meet Super Mario, Master Chief from Halo running around Liberty City causing mayhem or see either Guile or Chun-Li coming up against the mean Samurai machine that is Tekken’s Kunimitsu. Unfortunately, we aren’t that lucky to be able to pick and choose certain elements from various games that we would like to play, but Capcom has taken the lead and created the crossover battle to beat them all.

The mighty iPhone, iPod touch and iPad now has the ability to pit the legends of Street Fighter against the martial arts goodness of the Tekken characters in Street Fighter X Tekken. Available now via the App Store for a limited time price of $2.99 (rising to $4.99 after the promotional period), Capcom USA has thrown the two franchises against one another in a mobile game that allows gamers from all over the world to compete against each other over a Wi-Fi connection. 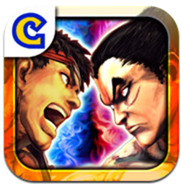 The game itself features epic 2 vs. 2 Tag Battles that allow gamers to choose between either Street Fighter or Tekken charactersand effectively create their very own dream tag team. Imagine switching on your third-generation iPad with Retina display and teaming Zangief up with Paul Phoenix or the rather angry looking Blanka up with Marshall Law, sounds good doesn’t it?

Partnership is the key to success with the tag battles. Users can also choose from rather immersive 3D battle modes that look truly stunning thanks to the extremely detailed characters and environments. The new processor and graphics rendering abilities on the iPhone 5 will certainly come in handy for this one. 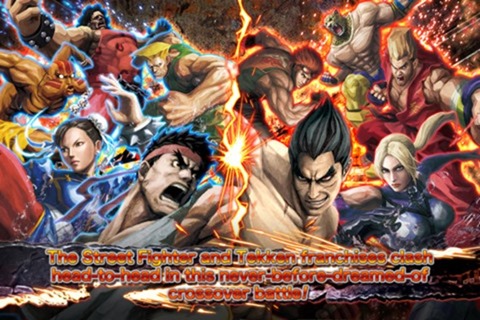 The online campaigns have differing versions that allow users to either compete locally in their own region or move up to global match-ups if they feel they have the necessary skills to compete with the best of the best. In addition to the tag and 3D battle modes; Capcom has also included a unique roulette type feature that randomly provides a power-up when the player manages to land a specialized Launcher Attack. Find the combination to hit that attack and watch as the system hands you a power-up. Pretty cool stuff indeed. 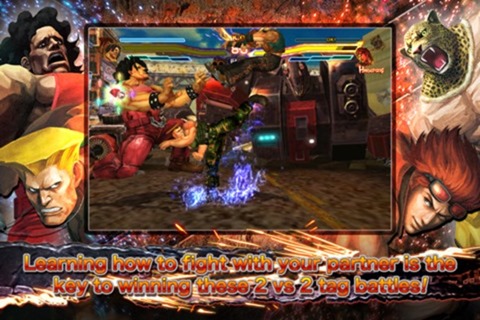 Regardless of whether you were in the market for a new iOS game or not, gamers of a certain age category who grew up with Street Fighter and Tekken really need to own this title. 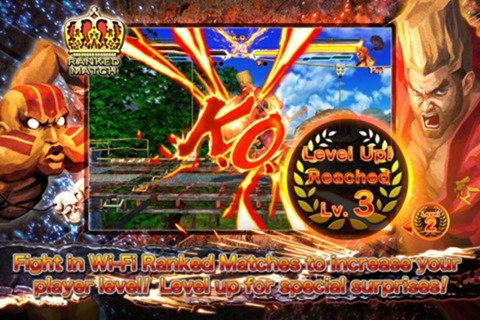