Although the Apple iPad is an extremely advanced and capable tablet as a standalone product out of the box, regular jailbreakers will know and understand the power that can be unleashed when the device is liberated and the right packages are installed onto it from Cydia. The jailbreak development community is well-known for being able to produce packages and enhancements that take an installation of iOS to the next level and bring additional feature-sets to an Apple mobile device that the company either hadn’t considered implementing or had just decided shouldn’t be offered to consumers for one reason or another.

Although the iPad is predominantly a mobile device to be used on the go, it can also be an extremely handy and powerful productivity tool when used with the right accessories, such as docking the tablet with the official Apple keyboard and dock for faster text input and increased output. Rather than docking the iPad and then having to reach over and tap individual parts of the display to move between parts of the running application or select areas of text, it has been previously possible to enable a pointing device on a jailbroken iPad by installing certain packages, which is certainly beneficial for some users.

The process was quite simple and basically involved taking a jailbroken device and installing a custom created Bluetooth stack and app onto the tablet that allows external Bluetooth enabled pointing hardware, such as Apple’s wonderful Magic Mouse, to be connected to the device and used as an input peripheral. Extremely handy and beneficial to users when used in conjunction with a docked keyboard and makes the iPad even more powerful than before.  As you might expect, this isn’t an officially sanctioned process and requires a jailbreak and the use of Cydia packages. 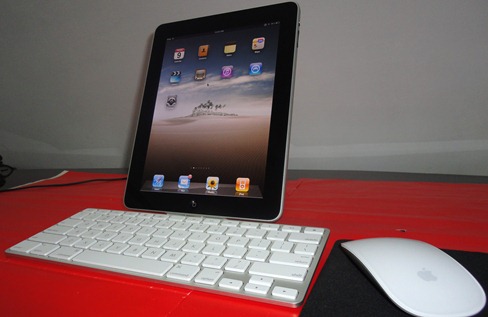 Although things have been a little quiet on this front for a while, the great news is that the underlying MouseSupport framework that provides the means for this input method to exist has been updated by the developer Mattthias Ringwald to to fix issues that have been occurring with the third-generation iPad on the latest iOS 5.1.1 firmware to offer a stable untethered jailbreak. If you want to see mouse control on the iPad in action then check out our original post on the topic before heading over to Cydia and experiencing it for yourself on the iPad 3.