Lightning To 30-Pin Adapter For iPhone 5, iPod touch And iPod nano Is Now Shipping Out

Apple introduced a completely overhauled connector in the iPhone 5 called Lightning. The decision isn’t too popular with people who own lots of accessories like speakers, car chargers, docks etc. which were made for the older 30-pin connector. Apple does have a Lightning to 30-pin adapter on sale separately for such people.

Now, we’ve received news that these adapters are being shipped out to people who ordered them earlier. Check out the details after the jump. 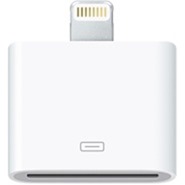 The news comes from the folks over at MacRumors in the form of a short post in which they cite shipment notification emails sent to their readers which states that their order has been shipped.

Keep in mind that these readers are mostly from Australia, so if you’re in some other region, you may have to wait a little longer.

Those of you who haven’t ordered an adapter yet should know that there are two types available. A bulky $29 unit that goes directly under your iPhone 5, and a nicer $39 unit that comes with a 0.2m cable between the Lightning connector that goes into your iPhone 5 and the 30-pin port that connects with the accessory at hand. 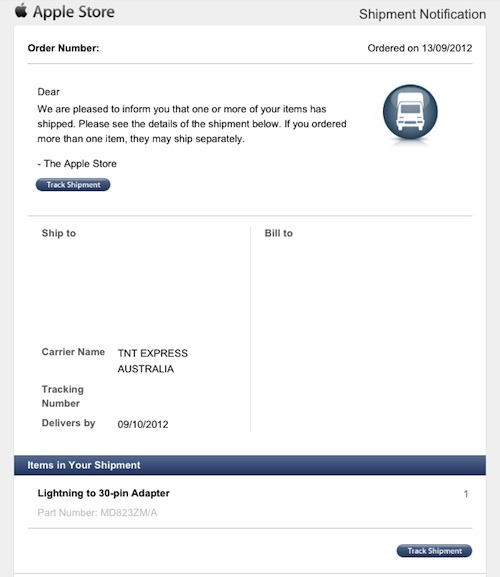 The prices are a little on the higher side, but that’s something we’ve come to expect with Apple products. Perhaps we’ll see some third-party adapters in the market soon that will cost a fraction of the original product and work just as well. 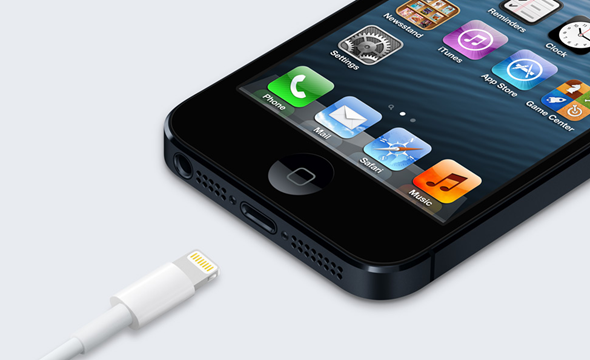 Like it or not, the old 30-pin connector was getting long in the tooth. The new connector has notable advantages: it’s thinner, smaller, and is reversible so it can be connected upside-down or downside-up (great for when connecting to a charger at night!). We really wish it was a tad faster with support for Thunderbolt though, but current smartphone components just aren’t fast enough to achieve Thunderbolt level of data transfer speeds; we’ll have to wait a year or more for it.