Rovio’s latest Bad Piggies title on iOS and Android definitely brought a new challenge for mobile gamers to sink their teeth into, but if you happen to be a huge fan of the company’s Angry Birds creation then November 8th may be a date that needs to be added to your diary. Fans of the Angry Birds franchise may have seen a teasing image from Rovio last week that had a number of people wondering if those pesky birds were about to move to the dark side. It seems that they are.

Angry Birds Star Wars will be the latest addition to the Angry Birds series of games and will be hitting cyber shelves in the iOS, Android and Mac app stores on November 8th. As you might expect, the characters, game-play and associated soundtrack of the game will be heavily inspired by the George Lucas movie franchise, with it being pretty much a foregone conclusion that the game will be an instant success, especially with the Star Wars affiliation. 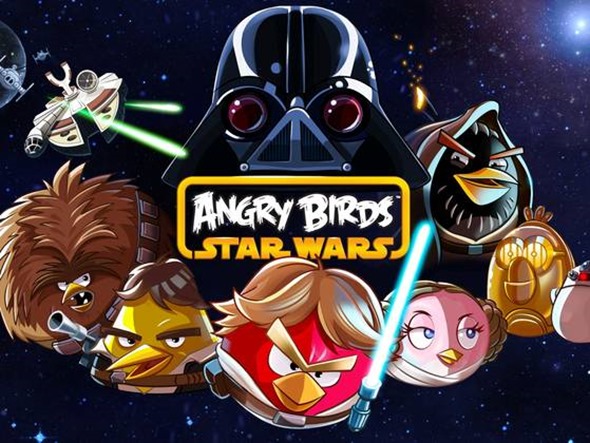 The well-known characters of the game will be crafted with the likeness of various Star Wars characters, with the heroic Red Bird assuming on the role of Luke Skywalker. All of the expected characters will be making an appearance in the game with Princess leia, Han Solo, Chewbacca, R2-D2 and C-3PO. The green pigs which we have seen in previous Angry Birds games will complete the good versus evil requirements and will make up the dark side of the game.

In addition to Angry Birds Star Wars being available for OS X, iOS and Android, users next month will also be able to get their hands on the substantial set of official merchandise being released alongside the game in the run up to the holiday shopping season. It looks like all sorts of table based board games, figures and action toys as well as themed costumes will be available as Rovio and Angry Birds team up with Star Wars to dominate the mobile gaming market once again. Here’s hoping that the latest gravity-based edition of Angry Birds turns out to be as addictive and fun as the original wave of games.