With the official Windows 8 release date looming closer, it looks like Microsoft is making some changes to the way digital media is purchased in the OS, a move that will likely appease a lot of potential customers and make acquiring additional content a lot easier to understand. In the past, Microsoft adopted a Points system as their preferred method of allowing users of their products to purchase additional content through their various stores, meaning that customers have to exchange cash for s bundles of points, which can then be used to grab things like movies and music. That is all set to change with Microsoft phasing the Points system out in Windows 8.

The previous betas which we have seen of Windows 8 have adopted the same Points system for purchasing digital content, which makes it seem a little more odd that the Redmond-based company seem to be moving away from that same system that has been in place for so long across their various platforms. Users may be more familiar with the Points system from the Xbox LIVE platform where it allowed additional content and arcade games to be purchased and downloaded directly onto the console.

Users will find that when Windows 8 is actually released, they should be able to choose additional content at their leisure and pay for it using a credit or debit card rather than having to swap cash for Microsoft’s virtual currency. For every $1 that is deposited; Microsoft previously exchanged it for 80 Points to be used across their stores, and while this system still looks as though will be available to users going forward, the default payment method when checking out will default to credit card payments rather than the Points system. 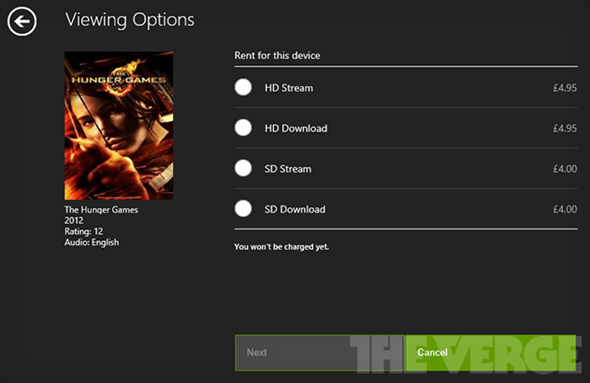 At the present moment in time, it doesn’t look like the change has made its way across all of Microsoft’s systems, with Xbox users only being able to checkout additional purchases with the old Points system. If Microsoft does intend on making credit card purchases the default payment method with the official launch of Windows 8, then it shouldn’t be too long until that change filters down through the rest of the company’s setup.