Apple is not the only one making waves this week and speaker company Sonos has today held an event of its very own, announcing a new sound bar as well as confirming that it will be adding AirPlay 2 support to some of its existing speakers next month.

Kicking things off, we have the new hardware in the shape of the Sonos Beam. A traditional sound bar, the speaker is designed to sit beneath a TV and then be used as an external speaker rather than having to listen through tinny in-TV speakers instead. 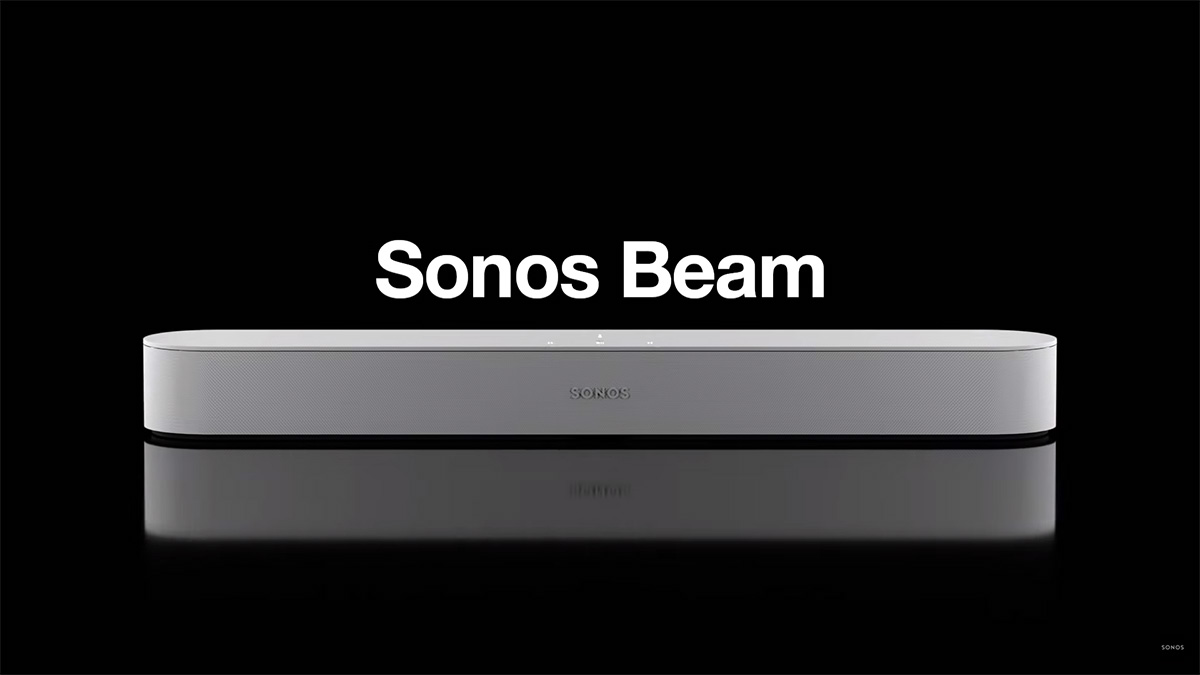 The Sonos Beam features a three-channel system that aims to create left, right, and center channels, which should be a real improvement when watching content like movies that traditional TV speakers can sometimes struggle to place within the room.

The Sonos Beam promises a “clear, room-filling sound” but that is not all that is notable – the Beam also includes Alexa, making it a fully fledged smart speaker just like other recent Sonos releases. Costing $399, the Sonos Beam will ship globally on July 17th with support for Google Assistant coming at a later date.

Speaking of things that will happen later, Sonos also confirmed that the Beam as well as the One, second generation Play:5 and Playbase will all support Apple’s new AirPlay 2 standard via software updates that will arrive in July. This will allow all the aforementioned speakers to take advantage of all the improvements AirPlay 2 offers including stereo pairing and more responsive playback controls. The software update will also allow Siri to be used to play music from Apple Music all without ever touching a button.

Sonos is undoubtedly a major player in the smart speaker space thanks to its adoption of both Alexa and Google Assistant and it doesn’t hurt that they sound great too.

If you’re looking to enter the Sonos ecosystem, then the Beam may just be a great place to start.