Snapchat: You Can Now Create Your Own Filters & Lenses In The iOS App

The world of Snapchat is an interesting one these days, and amid the failure that was Spectacles, the company’s glasses with built-in cameras and ongoing talk of turmoil, we now have a new iOS update that will allow users the opportunity to pick up a paid-for “Create Your Own Lens” studio that will allow them to build and then edit their own selfie Lenses for use at parties and major events.

Snapchat yesterday announced its first ever live television event coverage, aimed squarely at the highlights shared during the 2018 Winter Games. That announcement, and the new iOS update are surely linked. 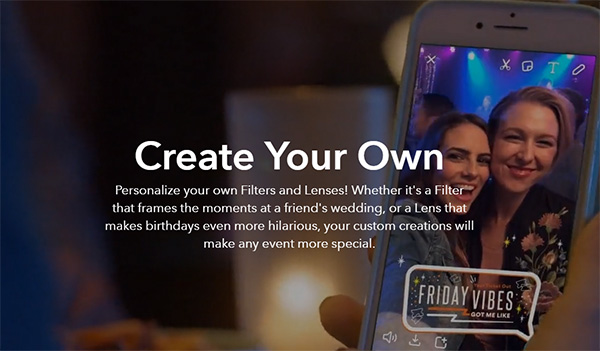 Available today as a free update to the iOS app, as well on the web, a new section of Snapchat allows users to create their own selfie Lenses and Filters, with controls also in place to allow them to decide who else can use them in their own Snapchat apps based on a designated location. It is this feature that specifically lends itself to use at parties or other social gatherings and events, such as the Olympics.

As part of the same update, and including the Android version of the app, Snapchat users will now also see new caption styles and a new interface. Users will now have access to Brush, Italic, Glow, Gradient, Rainbow, Fancy, Old English, and more when adding captions, adding to the existing options for bars of, and resizable text.

With Snapchat and Instagram in an ongoing war in the quest to gain users and eyeballs, expect to see both apps and services add more new and improved features throughout 2018, likely borrowing from each other as they go.