The Unicode Consortium has announced the final list of new icons and characters which will comprise Emoji 11.0. The list includes a veritable smorgasbord of 157 new emoji, across various category types, which will all likely be present and correct in iOS 12 when announced and released later this year.

It’s likely that emoji lovers who enjoy nothing more than communicating with friends, family, and loved ones with a stunning graphical representation of emotion will want to dive right in and see exactly what’s new with this splattering of emoji.

It’s going to be difficult to browse through all 157 new additions unless you know exactly what you are looking for, however, the new icons will include beautifully crafted superheroes, supervillains, redheads, a number of new facial expressions, and, of course, much more across most options. As an example of the new faces, if you live in the United Kingdom, which currently has a cold snap and frequent weather alerts, you could express your unhappiness for the current climate with the brand new icy/cold face.

We’ve previously had a sneak peak of Emoji 11.0 at the tail end of 2017 but now the Unicode Consortium has finalized that selection, as shared by Emojipedia. The introduction of the 157 new icons takes the total number of emoji to 2,832, which is more than enough images to keep even the most hardcore emoji fan happy as they look to spice up their written communications via messages, emails, and social media status updates. A ton of new emoji to get our hands on but the question is, when are we going to be able to get our hands on them?

The Emoji 11.0 update will likely be available to the consumer during the second half of 2018 now that it’s been finalized and officially put in place. 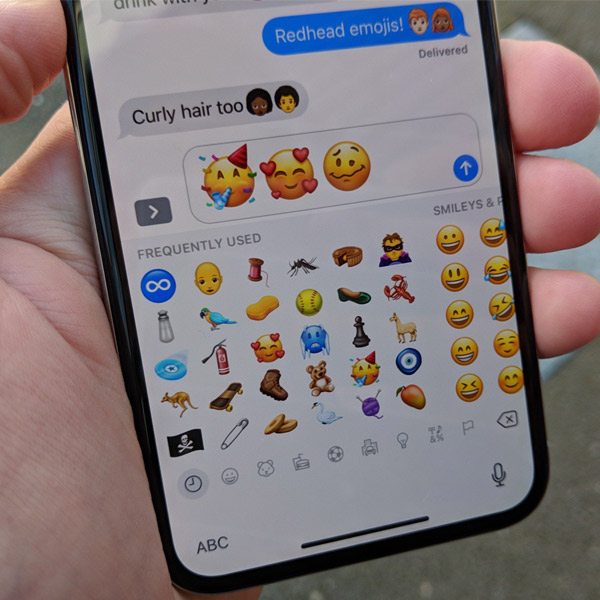 However, Apple has recently added a number of new Animoji to iOS as part of the iOS 11.3 which is currently in a pre-release state. Apple is gearing itself up to announce iOS 12 at this year’s WWDC in June, with an eventual release in September alongside the 2018 iPhone lineup.

As part of that iOS 12 release, Apple will integrate Emoji 11.0, meaning that all device owners running that firmware will have immediate access to these new characters.

You can check out all these new emojis in the video embedded below: