No matter how unimportant you may think something is, it turns out that there is usually someone very much invested in it, aiming to make sure that everything runs smoothly.

That has never been more true than in the case of emoji, with the folks behind the Unicode standards really doing a grand job of making sure that when we send that emoji, we can have a fairly good idea what it will look like on the other side. 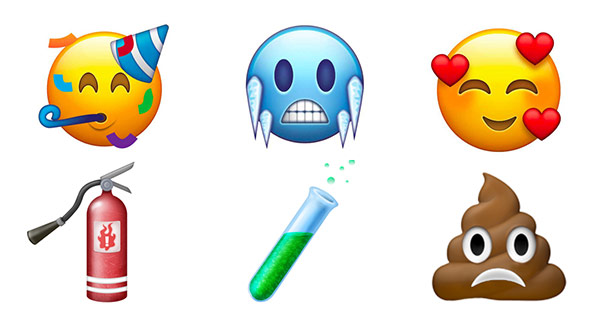 The Unicode 11 standard is still a good ways off, with some point in 2018 being the nearest to a definitive release date that we can give you, but that hasn’t stopped Unicode President Mark Davis from unveiling this week that a collection of new emojis, 67 new ones to be specific, have been added as “draft candidates” for the Unicode 11 release.

Now, yes, we know, Unicode 10 has not actually arrived on our favorite platforms yet although it is in the process of being implemented. That shouldn’t stop us from looking into what is around the corner though, and apparently, we can look forward to all kinds of wonders including a kangaroo, a face with icicles and of course, a big pile of poo.

The poo emoji is nothing new to anyone these days, but the addition of a new emoji, this time with a frowning face does make plenty of sense when you give it serious thought. If we are honest though, we wish giving a poo emoji serious thought wasn’t something we ever had to do, but here we are! The rest of the draft emoji are much more pleasant however, and we can’t wait to be able to use the new party face – a face with a party hat on its head. Quite when we will be able to do that though, is anyone’s guess.

The full list of new Unicode 11 emoji can be found below.