Apple has continued the progression by making download of iOS 11.3 beta 2 IPSW and OTA update available for testing into the development community.

The Cupertino-based company initially teased iOS 11.3 in a Newsroom post before actually releasing beta 1 to developers on January 24th. Now, approximately two weeks later, the second beta of iOS 11.3 is available for immediate download for all compatible devices. 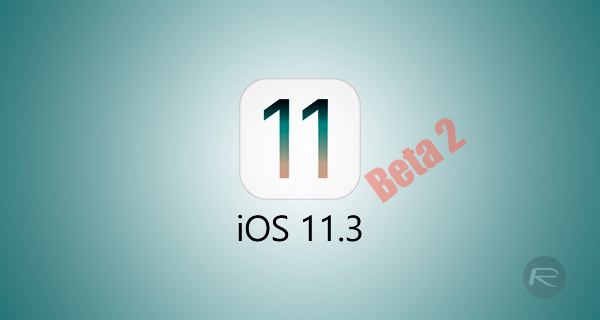 It’s extremely interesting to see that Apple is almost treating iOS 11.3 as an entirely new major version of iOS, rather than just a fairly impressive update. Rather than simply pushing iOS 11.3 out into the development and testing community like it has done with most updates thus far, Apple has taken the relatively unusual step of announcing iOS 11.3 via its own Newsroom with the aim of marketing the update before it’s actually released and generating hype around its new features, which, in all honesty, are actually very impressive for what is essentially a mid-size point update.

From a feature perspective, iOS 11.3 is bringing a little something for everyone. With the initial release of iOS 11, Apple introduced the wonderful Animoji feature which allowed device owners to cast their facial expressions and voices onto 3D animated characters. Those characters could then be shared via Apple’s iMessage platform as part of a unique and interactive messaging experience.

The release of iOS 11.3 instantly expands that Animoji experience by bringing additional characters and choice into the equation. Apple is also taking its own ARKIt to the next level with the introduction of ARKit 1.5, which adds support for placing objects on vertical surfaces as well as better support for mapping or irregular objects.

Apple has also built a new feature into the Messages app which will instantly throw companies and consumers together in a seamless chat environment. Dubbed Business Chat, the feature will work in conjunction with specific companies to offer immediate customer support to consumers who are contacting them through the native Messages app. Those messages will also be stored in iCloud with the reintroduction of the Messages on iCloud feature which was originally intended to be in an earlier release of iOS 11.

If you are registered on the Apple Developer Program, have already got the initial beta installed or the relevant configuration profile, then iOS 11.3 beta 2 OTA is available with immediate effect for all compatible iPhone and iPads from Settings > General > Software Update section of the device. Looking to download iOS 11.3 beta 2 IPSW file? Head to developer.apple.com to get it.