Apple’s public release of iOS 11.2.5 – which seems to be nothing more than a minor point update to address internal bug fixes and stability improvements – means that devices all over the globe are going to be receiving a notification letting them know that they can upgrade with immediate effect.

That’s all well and good but where do those iPhone and iPad users stand if they have one eye on iOS 11.1.2 from a jailbreak perspective? 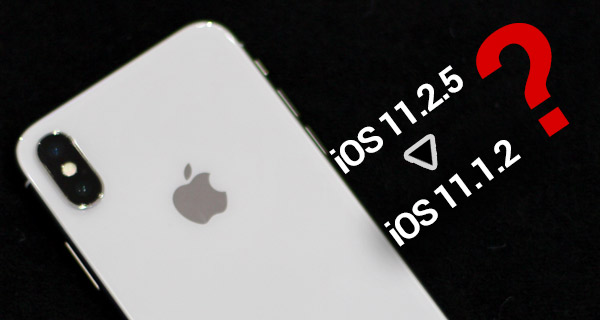 Without looking to complicate the landscape and get into the intricacies of Apple’s internal decision-making processes, the Cupertino-based giants is currently still digitally signing iOS 11.2.2 and iOS 11.2.1. This means that iPhone and iPad users who have been taken through the iOS 11.2.5 update process are still able to rollback to one of those two version of iOS, should they see fit. That rollback would involve downloading the necessary firmware files for the device in question and then performing a manual restore via iTunes.

In terms of downgrading, or rolling back as some may call it, that’s as far as iOS 11.2.5 device owners are able to go. Apple has stopped signing any earlier versions of the iOS firmware, which means that a manual restore process to anything other than iOS 11.2.2 or iOS 11.2.1 will result in an immediate failure. This is particularly disheartening news for anyone who may have arrived on iOS 11.2.5 – either by accident or purposeful, but now regrettable, update – but who also has one eye on a jailbreak and therefore who needs iOS 11.1.2.

Because Apple simply isn’t signing as far back as iOS 11.1.2, it means that anyone who has updated beyond this version is basically left in no-mans-land as far as liberating their device is concerned. Those limitations would really mean that there doesn’t really appear to be any viable reason to start rolling back firmware from iOS 11.2.5 to iOS 11.2.2 or iOS 11.2.1 as there is no immediate jailbreak benefit.

Of course, if the installation of iOS 11.2.5 has brought problems with it, such as depleted battery life or other performance issues, and iOS 11.2.2 was perfectly fine for you, then there’s an argument to be made that a rollback is worth it. However, for the majority, the advice would appear to simply stay where you are for an easy life.