The one long-standing criticism of Samsung’s powerhouse smartphone line has been about the plasticky, cheap build quality. Whilst the likes of the Apple iPhone and HTC’s One series have set the standard in this regard with some premium finishes, the Galaxy roster has been the subject of much debate. Sure, most power users are nonplussed about the outer shell, particularly when the likes of Apple and HTC are forced to cut corners and remove perceived necessities like a removable battery, but in recent times, the Korean company has expanded its horizons by offering handsets with metallic finishes. The Galaxy A3 and Galaxy A5 are both products of this new initiative, but like many other metal-housed devices before them, the new duo is apparently afflicted with signal issues.

The Galaxy S5, Samsung’s flagship, has no such issues, so this revelation is certainly a win for those championing high end features over appearance.

As a matter of fact, per the report over at Hi-Tech.Mail.ru, the cellular signal of the S5 was -82 DBm when tested, significantly stronger than the Galaxy A3 and the Galaxy A5 at -92 dBm ad -93 dBm respectively. This, of course, increases the likelihood of dropped connection, and certainly doesn’t bode well for a product range that has also been blighted by reports of delay due to yield. 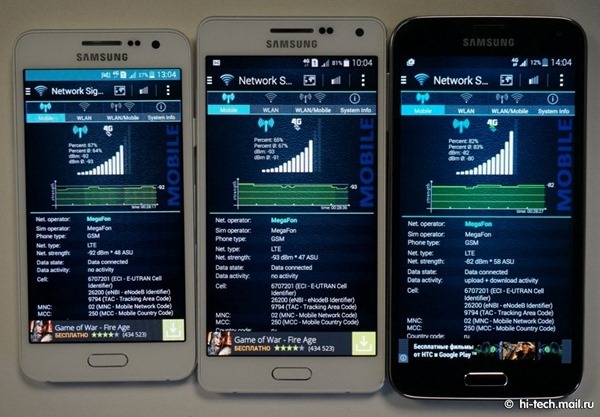 All three devices were tested using the same SIM card and in identical locations, so it was a fair assessment, and while Apple has been building metallic phones for years and thus does not face such problems anymore, this incident does remind us of the Antennagate debacle that hit the release of the iPhone 4.

Even though the iPhone 4 wasn’t entirely comprised of metal, the oversight forced the Cupertino to offer special cases to boost coverage, and since, most metal finishes have included plastic inserts so as not to hinder the signal aspect. 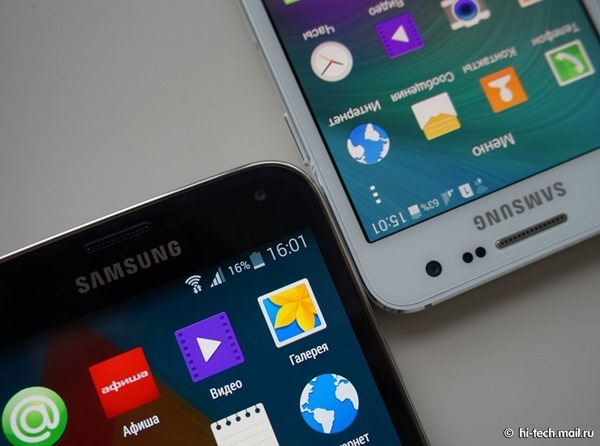 At this point, it is unclear what Sammy plans to do about this current issue, or whether it even sees the results of this test as a problem at all. But with the iPhone 6 and 6 Plus having really dealt the Tizen maker a major blow these past few months, the company’s patchy year in the mobile market goes from bad to worse.

We’ll be listening out for updates on this story, so stay tuned to our coverage!