Samsung will admit that it has a lot of work to do in order to halt declining smartphone sales in what has been described as “an extremely competitive mobile market“. It’s highly likely that we will see the company introduce a number of new devices into the market in the coming months in an attempt to find something that sticks and resonates with consumers in the same way that its ‘S Series’ of devices have in recent years. The first of those new devices, the A3 and A5, fall under the speculated ‘A’ family of hardware and has now officially been introduced by the Korean giant, and takes a lot of design cues from the Galaxy Alpha.

Samsung appears to be going after the younger market with the announcement of the A3 and A5. Both new smartphones are manufactured with a full metal unibody design, with the outer shell being the main source of structural integrity for the device. Samsung will be offering both smartphones in a range of vivid colors, with the intention clearly being to appeal to the style and fashion conscious individuals out there looking for a new powerful and slimline device.

If there was any further proof needed that both the A3 and A5 will be predominantly marketed towards the younger generation, then it must be confirmed by the focus on varying camera modes and enhanced social networking integrations. Rather than placing all attention on the more capable rear mounted 13-megapixel camera, Samsung has opted to integrate a number of “selfie” modes that take advantage of the forward-facing 5-megapixel offering. 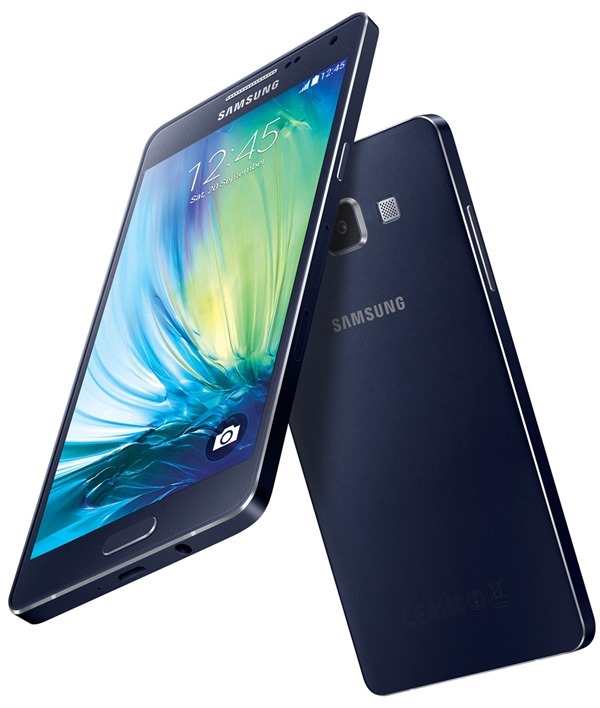 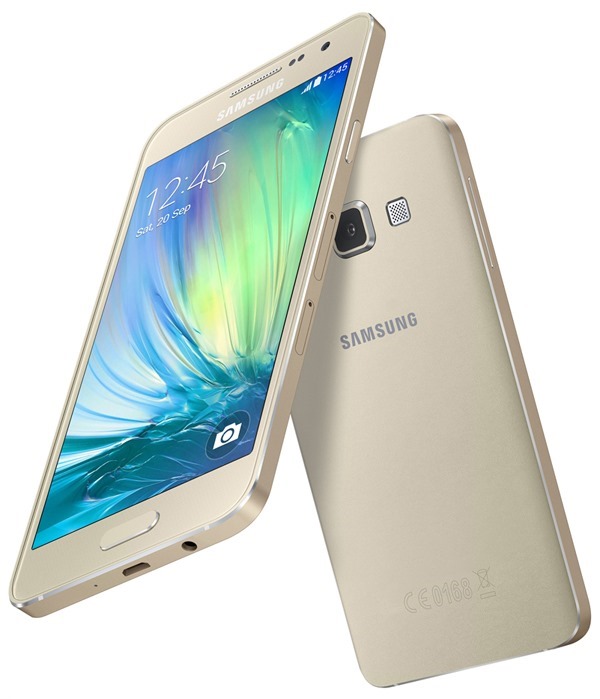 The Galaxy A3 will ship with a 4.5-inch 960×540 display, with the more capable A5 variant coming in slightly bigger with a 5-inch 1280×720 Super AMOLED screen. Both ‘A’ devices will be powered by a 1.2GHz quad-core processor with 1GB and 2GB of RAM respectively.

Samsung hasn’t officially offered any intricate pricing information for the two new devices, but based on what we know, and judging by the internal specifications, it’s likely that the retail cost of each phone will fall in line with the budget of a younger individual looking for a capable and appealing smartphone.

The full range of specs for both devices are as follows: 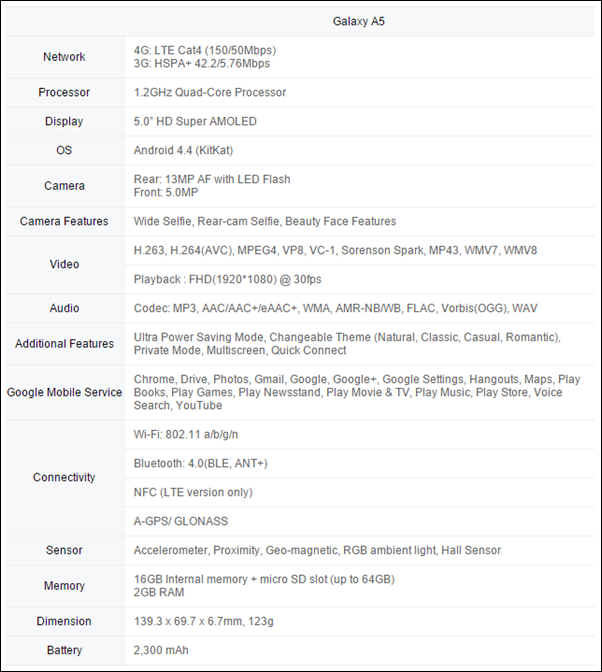 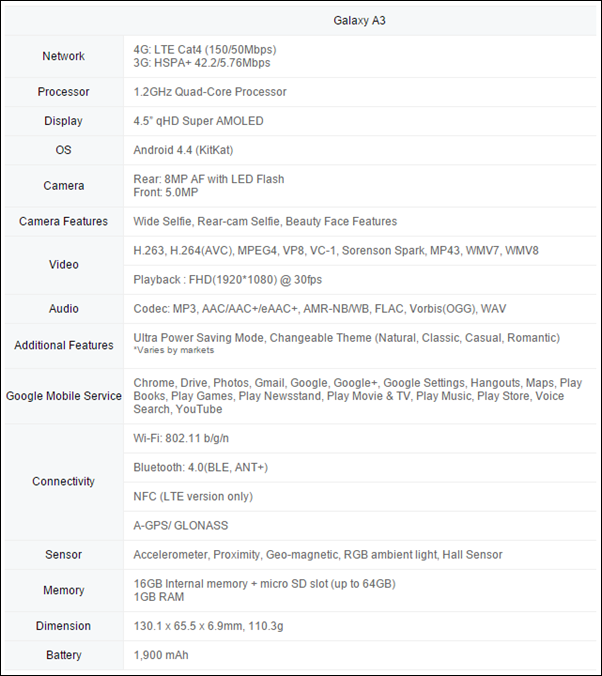 We’ll update everyone with more detailed regarding pricing as it becomes available, but for now, consumers can expect the A3 and A5 to be available mid-November with an initial China launch.