Samsung has officially announced both Galaxy Note 5 and Galaxy S6 Edge+ during the dedicated Unpacked media event at the Lincoln Center. The South Korean company has also taken the opportunity to introduce a rather innovative and unique accessory for the new phablets that should go some way to appealing to BlackBerry owners who have thus far refused to move away from the beleaguered smartphone maker. Let us introduce you to Samsung’s new Keyboard Cover that’s built purely with the new phones announced today in mind.

It seems that Samsung has done its research. With that said, it isn’t exactly a secret that a lot of BlackBerry owners are stuck in their ways and find it difficult, if not impossible, to move away from a time when devices shipped with physical keyboards. It’s understandable. Devices like the iPhone championed the multi-touch virtual keyboards that are ever present in most modern devices, but there’s nothing quite like the feel of a mechanical keyboard to provide reassurance and a level of feedback that business consumers crave. The new Galaxy phones now offers that too. 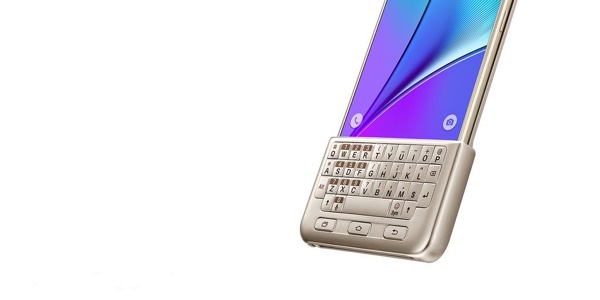 The new Samsung Keyboard Cover is exactly that; a small(ish) cover that contains a physical keyboard. The accessory is designed to slip over the bottom of the Galaxy Note 5 and Galaxy S6 Edge+ and make a paired connection via Bluetooth. Yes, the case does cover up a portion of that beautiful 5.7-inch display, but isn’t it worth it to have this level of familiarity and typing speed introduced to a modern device? We’re guessing opinions will be split on that one. One of the immediate downsides is that while the Keyboard Cover does provide tangible benefits, it does also introduce additional bulk to the bottom of an already large device. 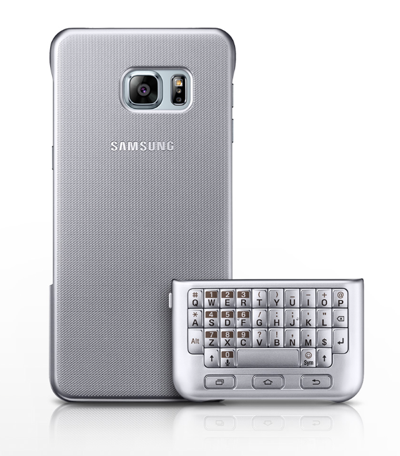 With that said, if you’re the type of individual who is looking to get your hands on a Note 5 or S6 Edge+ then the chances are that size isn’t that much of an issue to you. The bigger the better, right?

Samsung’s Keyboard Cover also ships with dedicated buttons to replace the home screen and navigational buttons that it replaces. There’s no wording on pricing from Samsung just yet but it is likely to hit other territories before the United States. 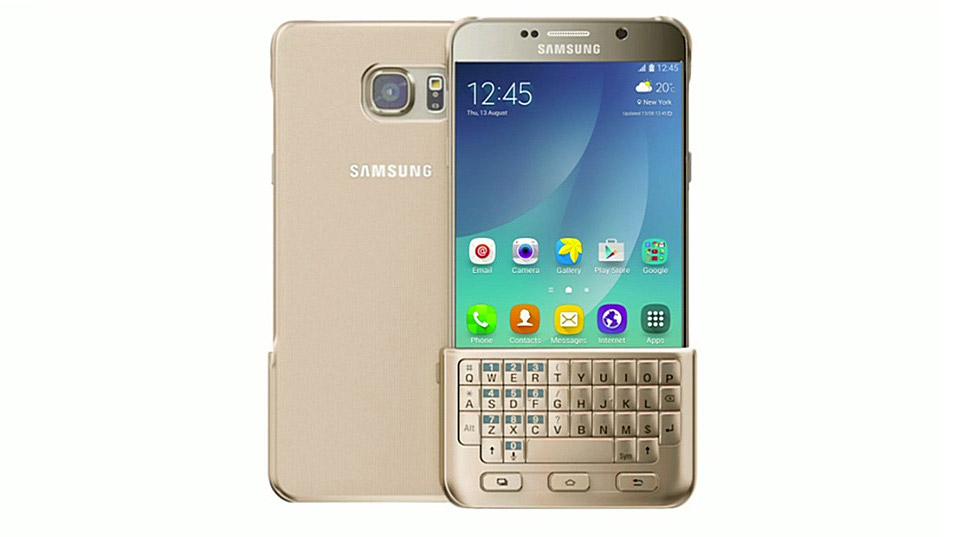