Apparently not dissuaded from the world of foldables after the farce that was the Galaxy Fold launch, Samsung has teased another phone that bends. This time it’s one that looks more like an old fashioned flip phone, though.

Samsung hasn’t yet said what the thing will be called, but a video teaser gives us a good hint; we’re looking at a foldable / clamshell form factor here. 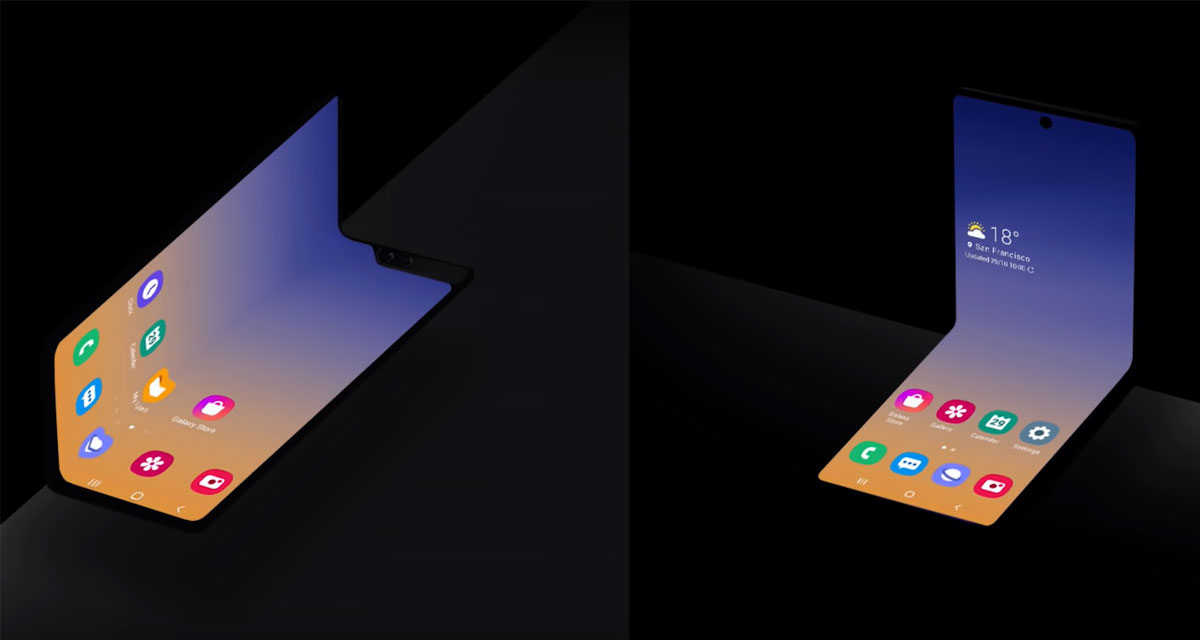 There’s almost no information about the phone right now with Samsung declining to mention what hardware will go into this thing. From what we have seen though, it looks more like the foladable Motorola Razr concepts and press leaks that we’ve been seeing recently. Samsung will also have to have improved on the Galaxy Fold’s technology if this new phone is going to stand the test of time.

Samsung did take the time to talk about One UI 2, though. The software will be used on both foldable and standard phones and is designed to be more clean. Information will be easier to find, and one-handed use is something the company seems to have been aiming for.

It sounds like the unnamed foldable device will also run One UI 2, whenever it ships. If, it ships.