It may have been a while since we have heard anything new related to George Hotz, aka Geohot, but it seems like he can never keep his name out of the cyber headlines for long. Fans of Apple’s iPhone – and more specifically those involved in the jailbreak community – will know Geohot from his days involved in the cat and mouse game with Apple. In more recent times he has also gained infamy thanks to his well-publicized legal wrangle with Sony after publishing information online on how to "jailbreak" the company’s PS3 console. It seems that no-one is safe from his liberation abilities with the Samsung Galaxy S4 Active being the latest device to fall prey to his skills.

The Galaxy S4 Active, or SGH-1537 as it’s known on inventory systems, has only been publicly available for two weeks but has already generated significant interest from the Android modification community. Users on the thriving XDA forum were quick to discuss how keen they were for someone to achieve root status on the S4 Active and even went as far as putting together a bounty of more than $450 to be awarded to the person who could successfully root the device in the first instance and provide details online about the process. We certainly don’t think Geohot was relying on the $455 but it does look like he was the first to get root. 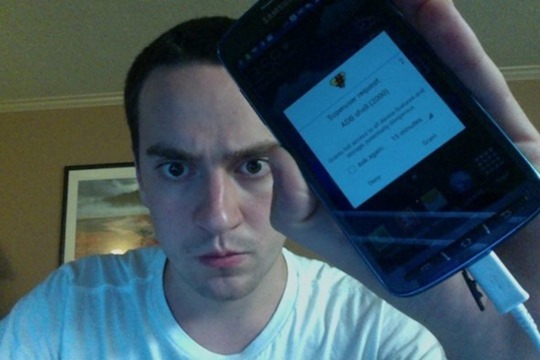 Geohot doesn’t exactly appear to be a regular contributor to the XDA Android forums. He is classified as a "Junior Member" of the site with only 17 posts to his name in the two and a half years that his account has been active. Still, achieving root status on a popular device like the Galaxy S4 Active only two weeks after launch is likely to get him some kudos with the community. What makes the achievement even more impressive is that he had only picked up the device from the AT&T store that afternoon, apparently on his way back from the beach. 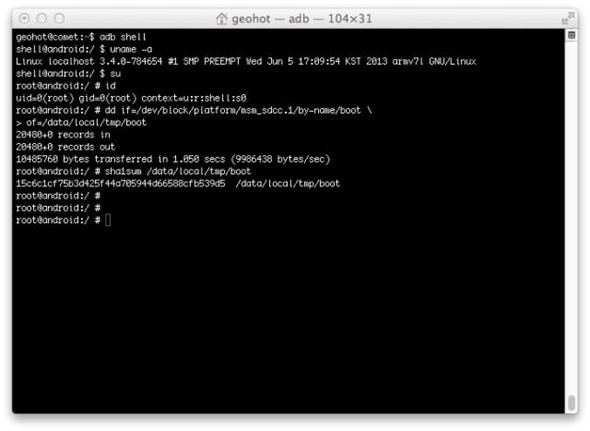 Anyone familiar with the work of Geohot should also know that he doesn’t like to take the traditional root on things. It seems that he feels passive methods of achieving root are "so last summer", so to combat that has updated his own personal website with an automated root procedure. The process involves visiting his website on a Samsung Galaxy S4 Active smartphone:

clicking the lamba symbol to install the necessary APK and then running the activeroot executable. It doesn’t look like Hotz has claimed the $455 bounty yet, but it’s great to welcome back to the community and even better to see him sharing his exploits again. 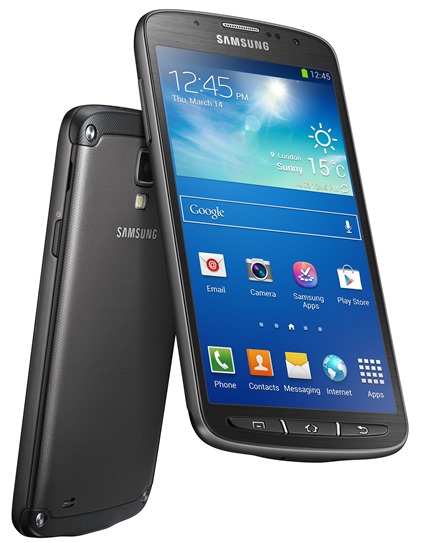 (Image credit: XDA | Thanks Xulfi for sending this in!)