Samsung has today announced the acquisition of LoopPay, a mobile wallet solution company. More details on this development can be found right here after the jump.

Hot on the heals of Apple’s success with its Apple Pay mobile payment system, Samsung has gone out and bought a company that has built quite a reputation upon its technology that takes existing magnetic stripe payment systems and turns them into contactless receivers. Based on the magnetic stripe technology that is used by retailers, it is believed that LoopPay is compatible with around 90% of existing point-of-sale terminals. With Apple Pay requiring special contactless technology to be used, having a ready-made system in retailers could be hugely positive for Samsung. 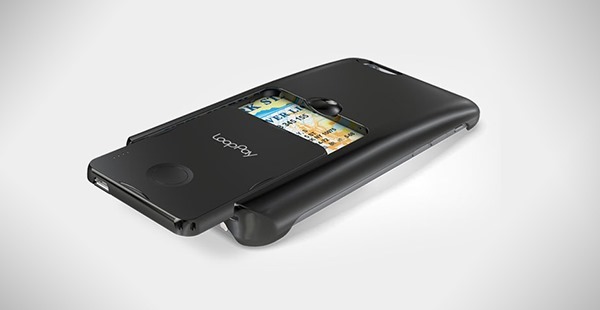 Korean firm Samsung already equips its phones with the NFC hardware required to make mobile payments work the world over, but the purchase of LoopPay will give its bow an added string, strengthening its attempts to give its mobile users an all-in-one payment solution based on a digital wallet.

Importantly, and as part of the buyout, LoopPay founders Will Graylin and George Wallner will work with Samsung’s Mobile Division in order to move the company forward with its plans. Well known within the payment industry, LoopPay’s founders could be instrumental in giving Samsung the kickstart it needs in the mobile payment space.

Neither Samsung nor LoopPay has announced what kind of financial deal has been done, but given Samsung’s need to at least be seen competing in the mobile payment arena the numbers involved are almost unimportant. Signaling its intent to go toe-to-toe with Apple, the purchase of LoopPay not only means it gets its hands on the company and existing POS systems but also its pioneering founders. Both will be important, but it’s the vision of Graylin and Wallner that just might make Samsung into a mobile payment player after all. 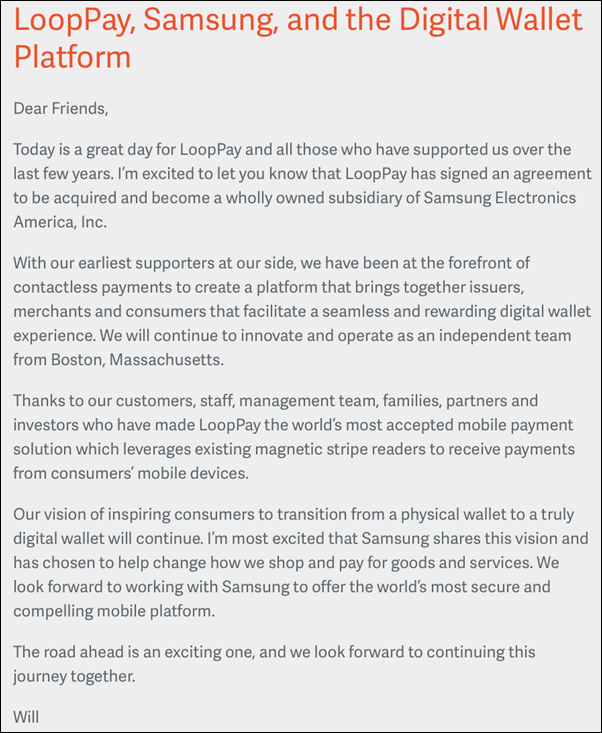 Lately Samsung has been struggling in the smartphone arena, credit to which goes to Apple releasing its gigantic new smartphone – the iPhone 6 and the iPhone 6 Plus. With Apple Pay being an integral part of Apple’s ecosystem, it would be interesting to see how Samsung’s efforts turn out to be with the purchase of LoopPay.

We’ll bring you more news on this as soon as we get to know Samsung’s plan in detail.