How To Add Widgets To iPhone 6 Reachability View

Apple’s tendency to delay the introduction of features found on competing devices does tend to irk the iOS-loving community. After all, it took until 2012’s introduction of the iPhone 5 for the company’s product line to see 4G LTE, and lest we forget that NFC – a standard feature of many high-end handsets for years – only arrived with the iPhone 6 and 6 Plus a matter of months ago. But Apple’s tendency not to rush means that said features are more refined when they do eventually manifest, and with many wondering how smaller-handed folk would deal with iOS on a 4.7 or 5.5-inch footprint leading up to the latest arrivals, the question was answered with Reachability. Now, one tweak manages to expand this implementation further, allowing jailbreakers to add widgets in the space left by dragging the UI downwards.

Known as WidgetCenter, it’s not only a nicely-crafted tweak, but its mere existence is a credit to the developer behind it. Cydia entries continue to dazzle us as time progresses, but while a high volume of these tweaks are filling in rather obvious gaps and limitations found at stock level, this little gem shows a great deal of initiative. 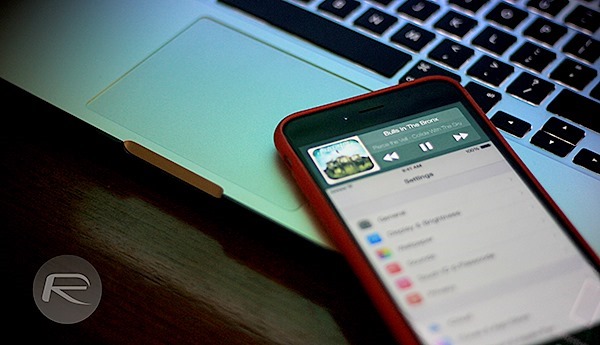 To help folk interact with the higher segment of iOS on an iPhone 6 / 6 Plus, Reachability can quickly be accessed to bring an entire interface down to a more accessible level. This does leave a gap at the top, though, and rather than settling for the blank space, one smart developer has built a tweak that lets users add their own widgets to the fold.

Those with a little development nous can go ahead and create their own widgets, but even out of the box, WidgetCenter offers four very useful options to those who don’t want to get their hands dirty. Among them is WCTime, which shows date and time; WCMusic, which brings a useful music controls interface to Reachability complete with album art, skip and play / pause; WCSwitcher, which adds the familiar multitasking switcher we saw pre-iOS 7, and finally WCControls, which offers a bare-bones version of the Control Center.

We love this tweak, particularly since it makes something out of nothing, and for $1.99, it’s well worth picking up. Since it’s based around Reachability, you will need an iPhone 6 or iPhone 6 Plus in order to get started, but if you’re in ownership of either device and are jailbroken, be sure to give this great utility a whirl.