Apple is roundly expected to announce the Apple Watch Series 4 this fall, possibly in a joint event alongside the 2018 iPhone announcement in September.

Little is known about what that new Apple Watch announcement will entail but notoriously reliable analyst Ming-Chi Kuo reports that we can expect the design to change when compared with previous releases, giving the device a larger screen in the process. 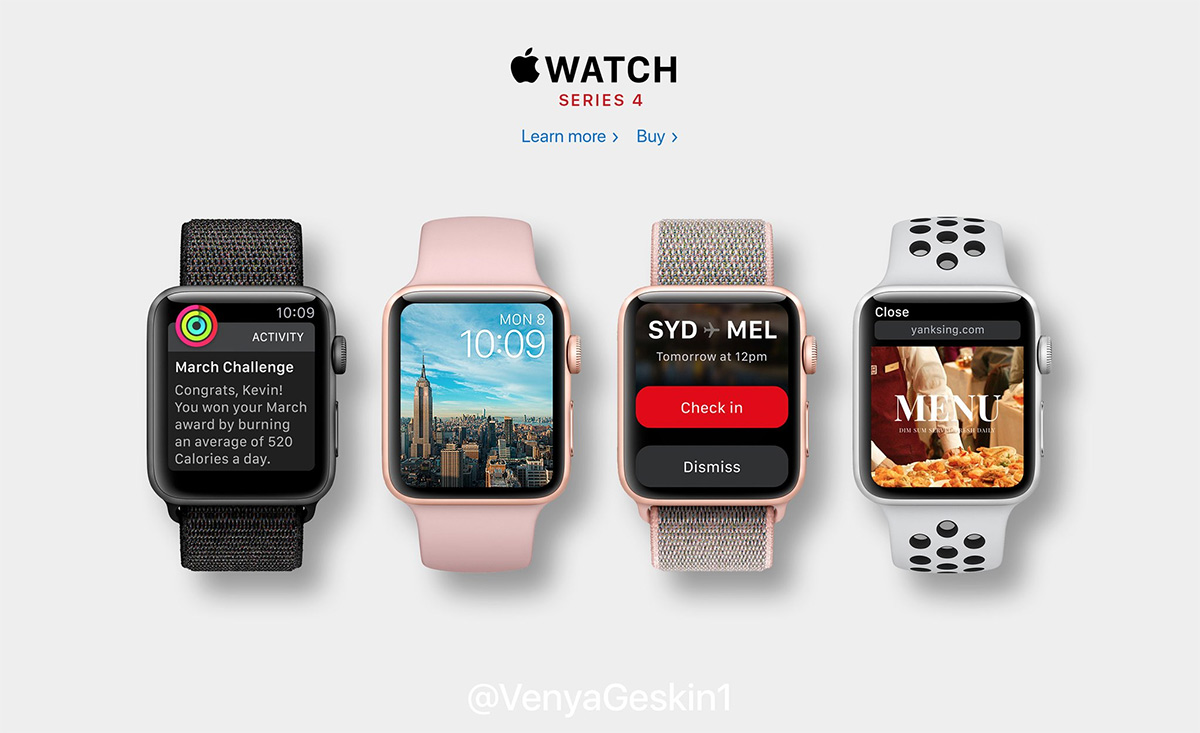 Kuo expects that the two updated Apple Watch models that will be announced later this year will measure 39.9mm and 45.2mm each, compared to the 38mm and 42mm offerings that are available right now. That roughly 15% increase in size has not been clarified though with many wondering whether that means the overall watch body will grow or if a reduction in screen bezel size will allow the display to be larger without having to increase the size of the body which surrounds it. We’d suspect the latter to be the case, but we’ll have to wait and see to be sure.

One of the reasons we think this to be the most likely outcome here is that other reports citing industry sources have Apple using micro-LED technology in its upcoming Apple Watches, something that would allow for a thinner and lighter construction as well as improved colors and brightness.

Alongside the potentially larger display, rumors also have the updated Apple Watch featuring improved health monitoring chops including the ability to get a better feel for heart rates. Kuo did not go into details as to what this may entail or how it will be made possible, but improved health related features are almost a given for any Apple Watch update at this point, such is Apple’s focus on health via its wearable these days. 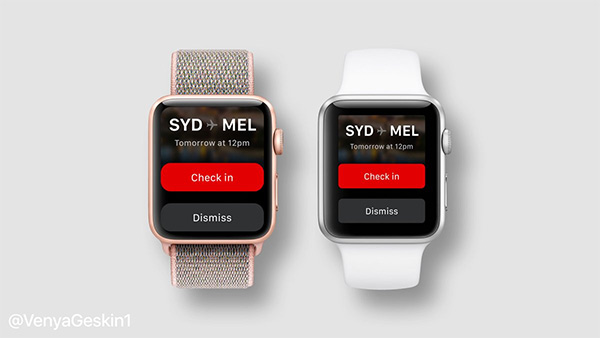 In light of these reports, popular concept designer Venya Geskin has pitched in with renders of what could be the new Series 4 wearable from Apple. 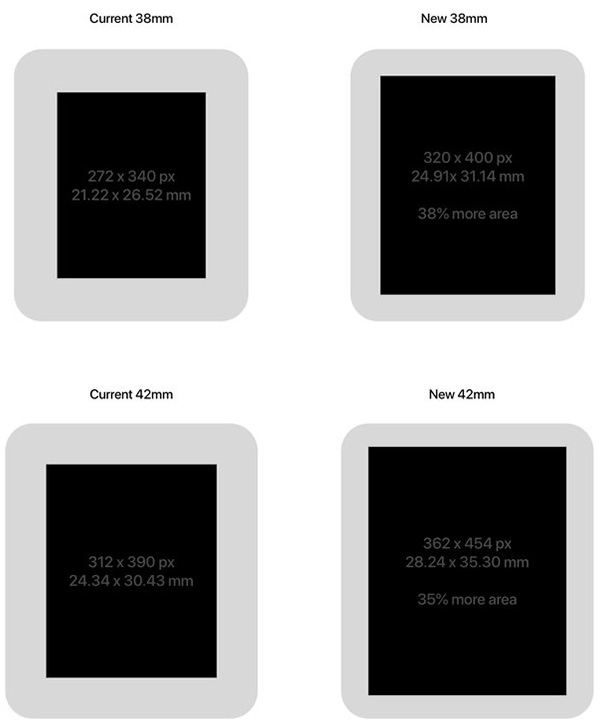 Meanwhile Ryan Jones, a developer, gave us a more in depth and accurate comparison of the display dimensions of both the existing 38mm and 42mm models vs the Apple Watch Series 4.