Apple has today released the second beta build of every operating system update that it announced during WWDC. That means that iOS 12, macOS 10.14 Mojave, tvOS 12 and watchOS 5 are all now into their second beta phase and that’s great news for those who have been brave enough to install any of those on their main devices.

It’s also great news for those who like to go picking through software releases, looking for little tidbits of new information. Enter 9to5Mac’s Guilherme Rambo who has been able to spot new Apple Watch identifiers in the iOS 12 beta 2 release.

As he notes, it is perfectly normal for iOS releases to include references to new devices that require it in order to function. With Apple Watches requiring an iPhone in order to work, that iPhone obviously needs to know everything about the Apple Watch in order to talk to it.

In this new beta release of iOS 12 it has been noted that identifiers for Watch4,1, Watch4,2, Watch4,3 and Watch4,4 are present and none of those are in use by existing, shipping Apple Watch products.

In fact, the current Apple Watch Series 3 uses Watch3,1 through 3,4 so it is clear that these new references are to what will presumably be an updated Apple Watch, possibly called the Series 4. 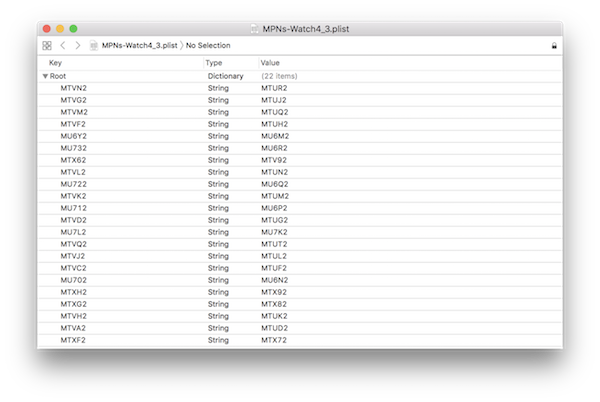 Rumors of new Apple Watch releases have been doing the rounds for a while now and it’s possible that a release will come alongside new iPhones later this year. If that is indeed the case then we would expect to start seeing other little pieces of information relating to the new models and we’re sure developers and eager Apple Watch fans alike will be picking through the upcoming beta releases of both watchOS 5 and iOS 12 to see what they can find.