It should be common knowledge by now that Apple has finally pushed out iOS 12 beta 2 to registered developers.

To complement Apple’s release, we now have full release notes to accompany the software, which includes what’s new, what’s fixed, and what’s still broken, all according to Apple. 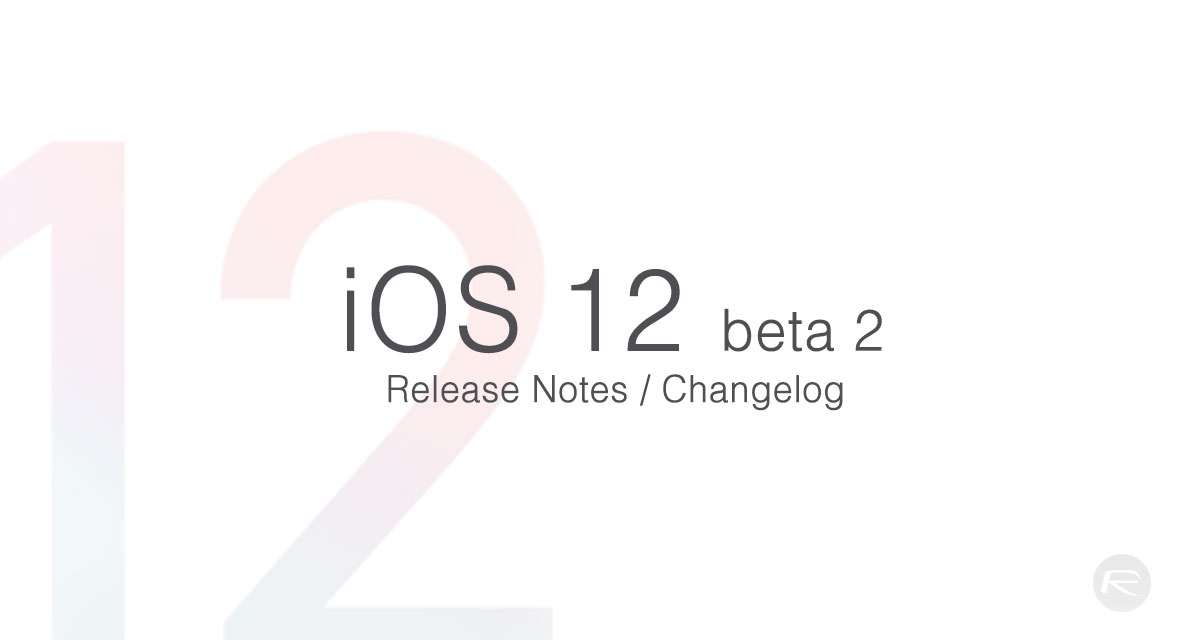 We are officially in that extremely exciting period of time where Apple will now start pushing out semi-regular updates to the iOS 12 firmware. That will include new pre-release seeds coming pretty much every 7-14 days, all of which will include fixes, improvements, internal enhancements, and security patches with the aim of getting a streamlined version of iOS 12 ready for a September release to the general public.

Developers will want to dive in and see the improvements with each release but it’s also extremely helpful for Apple to issue these release notes to point testers down the right path.

You can see a full inclusion of what Apple deems to be fixed and not fixed with this second beta below but it’s always good to have a quick glance over what’s changed since the opening WWDC 2018 keynote and now. One thing that weather fans will immediately notice is that Apple has actually introduced some regression with iOS 12 beta 2 in the form of a broken Weather widget. It’s also impossible for anyone running a device with iOS 10.2 or earlier to update to iOS 12 beta 2 via iTunes. Apple has also listed an issue with Universal Links not opening the expected target app, which is something to keep an eye out for with this latest release.

From a resolved perspective, Apple’s engineers have fixed a “Maps Nearby” issue as well as a niggling issue which would cause the entire device to become unresponsive if an iWork document was opened via AirDrop or the relatively new Files app. There are plenty more fixes, but for now, what about the bad news? Well, Netflix, Twitter, and Taobao all have issues running against iOS 12. Skype is also still not playing particularly well with iOS 12. And the list goes on.

If you are an iOS 12 beta 1 tester, or if you have been thinking about getting involved from beta 2 onwards, then check out the official Apple release notes below before you dive in and start testing.

Update: Besides this, we have spotted following changes in iOS 12 beta 2: