The multiple releases mean that developers with Apple TV, Apple Watch, or a compatible Mac can update to the latest pre-release seed, right now. 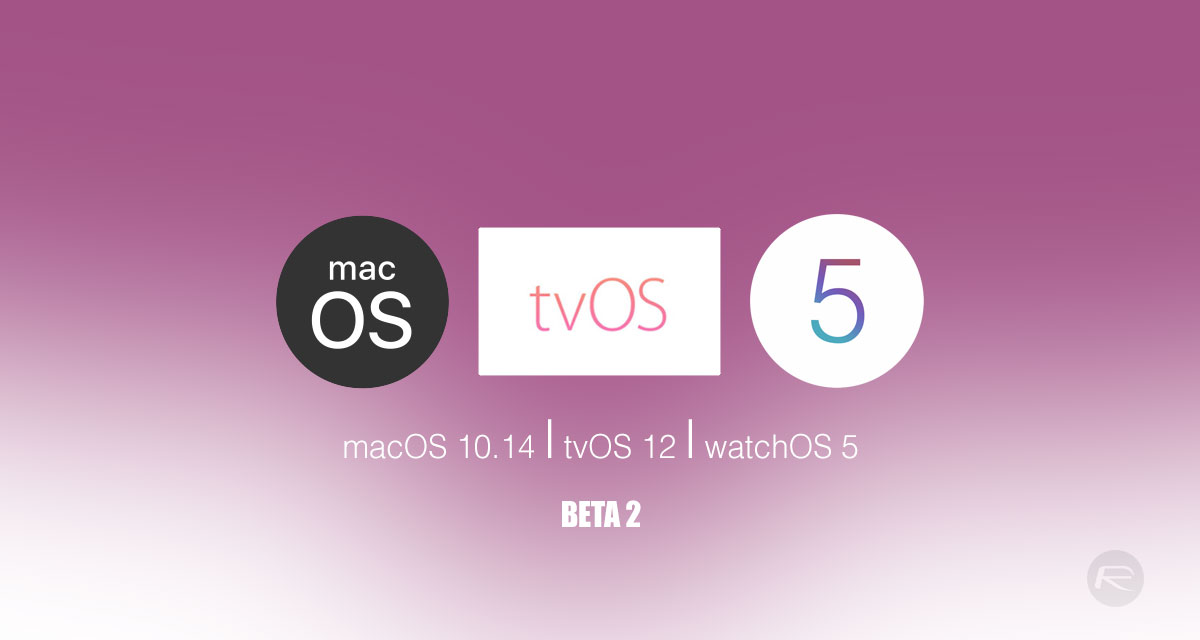 tvOS 12 beta 2: As expected, tvOS 12 is Apple’s attempt at taking Apple TV and its underlying platform to the next level. With that said, given how advanced Apple TV already is, and the type of usage that it offers, it’s difficult to see where Apple can actually go with tvOS as a platform. With this release, Apple TV owners will be getting Dolby Atmos audio and compatibility making it the only set-top box to support both Dolby Atmos and Dolby Vision HDR. Apple has also introduced changes to its TV app, a brand new screensaver, and a new sign-in mechanism called Zero Sign-on, among other things.

watchOS 5 beta 2: This latest iteration of watchOS will instantly give additional power to those who use Apple Watch as the main workout tool. Apple has introduced the idea of activity competitions with friends as well as more intelligent ways to keep people connected with the information that’s important to them. The wonderful Podcasts app has also been integrated into watchOS 5 as well as brand new walkie-talkie functionality. One of the benefits of making Siri smarter as an assistant is that all platforms immediately benefit from that, including watchOS 5. Apple has also used this opportunity to improve the notifications that users get on Apple Watch, among other things.

macOS 10.14 Mojave beta 2: Regardless of the features implemented by Apple, macOS 10.14 is going to be known as the version of macOS which introduces the gorgeous Dark Mode as well as a revamped Mac App Store experience. Oh, and there’s more. There is new News, Voice Memos, and Stocks apps, as well as the Home app which made an appearance on iOS with iOS 10. There is group video FaceTime with support for up to 32 participants, as well as a revamped UI to cater for that functionality. There is also a heap of new security and privacy features to prevents online companies from tracking your activity.

All second betas of tvOS 12, watchOS 5, and macOS 10.14 Mojave are available to download right now from software update mechanism or directly from developer.apple.com.