The demand for wireless earbuds has hiked quite rapidly over the past couple years. In fact, the market that was relatively young back in 2016 is well on its way to becoming a tad saturated today, with Apple’s AirPods having served as the market’s premier catalyst.

It’s all good news for consumers, though, seeing as we now have more options to explore and at several different price points. After all, not every one is willing to part with $159 for a pair of earphones, even if they are magic. Those looking for the sweet spot on the market’s scale where the price is just low enough and the quality is still in the realms of premium will soon have another viable option in Reecho’s EchoWeek wireless earbuds. 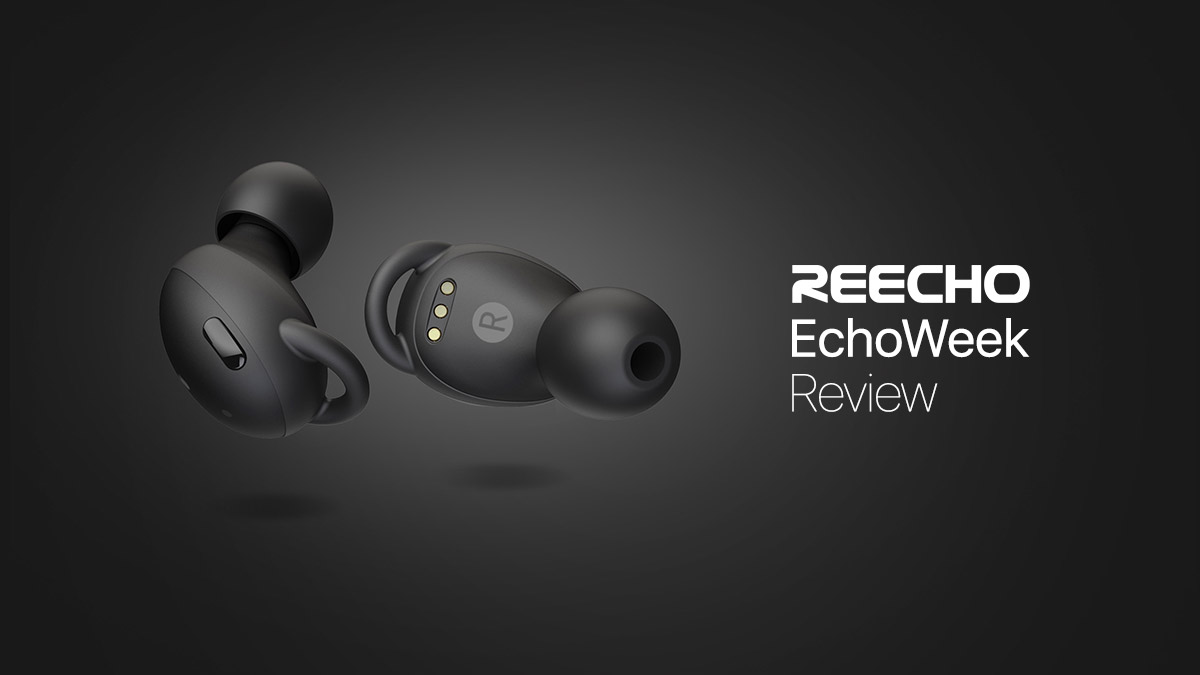 The EchoWeek makes a strong first impression right out of the box. Both the earbuds and the charging case look and feel premium, and it’s immediately evident that a lot of thought went into the design of it all.

The case has a nice weight to it. The glossy troughs where the earbuds sit form a nice contrast with the matte finish on the rest of the case. A rubber ring at the bottom keeps it from sliding around when placed on a smooth surface. Though not necessarily smaller in overall size, the case does seem a tad slimmer than others and should slide into pockets with ease.

As for the earbuds themselves, their in-ear design offers a nice seal to reduce outside noise and a grip that has yet to fail me during my morning runs. For reference, the design seems to be quite similar, at least in looks, to Samsung’s recently announced Galaxy Buds. Instead of relying on a tether or strap, the earbuds don soft, comfortable wingtips meant to hold them in place. The box includes three extra pairs of wingtips as well as three additional pairs of eartips, each of a different size, so you can choose what combination fits you best.

The earbuds rely on Bluetooth 5.0 to work their pairing magic (yes, the Bluetooth 5.0 is backward compatible with older standards). The initial setup takes only a few seconds – take both earbuds out of the case and hold the button on the side of each to power them on, after which they will automatically pair with each other and appear in your device’s Bluetooth menu as a single device, ready to be connected to. Once the first-time setup has been taken care of, connecting and disconnecting becomes nearly seamless. Place the earbuds back in the case, and after a satisfying magnetic click, they will automatically power off and start charging. Take them back out, and they will automatically power themselves on and connect to the last device with which they were used.

Reecho promises 48 hours of power from the 750mAh charging case and up to six hours of playback from the earbuds per charge – that’s an hour more than the listening time offered by the AirPods. In a little over a week of use, I personally didn’t feel I needed more battery life, but your mileage may vary. The EchoWeek earbuds do take up to an hour to fully charge, though – something to keep in mind for those who intend to use the earbuds for more than just workouts or short trips. 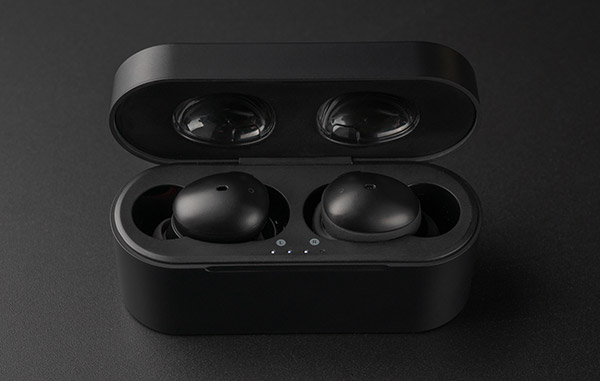 Speaking of workouts, the earbuds offer a dependable grip that should hold its own during even the most strenuous exercises, and to top it all off, they are water resistant with an IPX6 rating. That means you shouldn’t have to worry about racking up some sweat or, for that matter, taking them outside for a run in the rain, though I am yet to put this to the test myself.
The slender button on the side of each earbud can be used to perform a variety of functions while listening to music, answering a call, or interacting with the voice assistant on your device of choice.

There isn’t much to complain about when it comes to the design of the earbuds. In fact, it exceeds expectations. Where they do fall short, though not by much, is audio quality. While the EchoWeek and its “unique rounded balance armature” outputs highs and mids like a champion – better, in fact, than most earbuds I’ve used – it seems to struggle with lower frequencies. In short, the output seems to lack that hearty, full bass you get with high-end earbuds. This, of course, is most noticeable when listening to music, as a quick run of the tests on audiocheck.net saw the earbuds pass with flying colors. 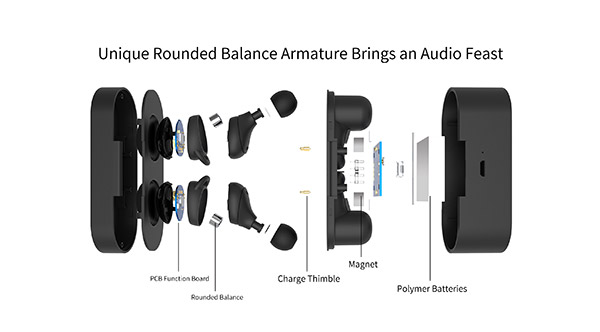 Don’t get me wrong – the EchoWeek is still a viable choice for music lovers, more so within its price range. It just won’t be giving top-tier offerings such as the AirPods a run for their money as it is right now, though that all falls within expectations. It is nearly half the price of Apple’s wireless earbuds, after all. For that price, you may actually be getting more than you paid for.

The earbuds will cost $89 when they finally hit the shelves, but before that, Reecho plans to launch an Indiegogo crowdfunding campaign on March 6, where the first 200 customers be able to get their fix at a mouth-watering price of $29. If you do plan on giving these a shot, you will have seven colors from which to choose. You can sign up to be notified of the launch, and even enter for a chance to win all seven colorways here.

Reecho did an excellent job when it comes to the design of its wireless earbuds. The product looks elegant from top to bottom and the earbuds are more comfortable than an in-ear design deserves to be. With a little balancing of the frequency range and a couple improvements to the microphone, EchoWeek could make a name for itself in the mid-range market. 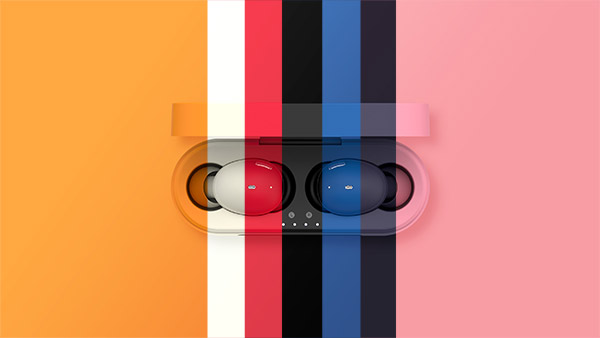 Note: This review was based on an early production unit of the Reecho EchoWeek.