Oh Samsung. What’s going on with the Galaxy Fold? After months of delays it’s now ready for release, but is it really ready?

Maybe not, given the news that TechCrunch’s review device is broken already. It took just hours for it to happen, and it’s a worrying sign for anyone who has been following along with the Galaxy Fold story.

Things all started months ago when the first round of review devices were experiencing failures. Displays were breaking thanks partly to debris getting into the hinge. Samsung postponed the phone’s launch, but now it’s back.

I pulled the Fold from my pocket while standing in line at CVS after work the other day. I opened it up and spotted something new nestled between the lock screen’s flapping butterfly wings. There was a brightly colored, amorphous blob. You can see it there in the photo at the top of the story (as well as a zoomed-in version below). It’s not huge. It’s maybe just under a centimeter across — and it’s a bit tricky to photograph. 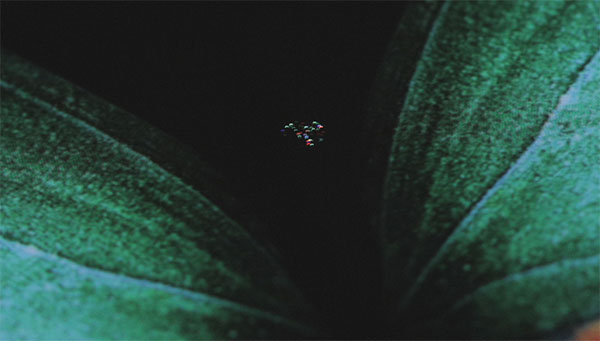 The images show a rainbow-colored collection of dots that appear to be pixels in their death throes. It took just 27 hours for this review device to exhibit issues, and that’s a concern. Especially if you’re waiting for your new phone to arrive. Sales are just beginning but for how long remains to be seen.