We know there is a 16-inch MacBook Pro coming, but what will it look like and will it have any surprising visual or design elements? A new image however purports to show the new MacBook Pro and immediately gives an impression of a machine with slimmer bezels, a dedicated Touch ID sensor, and a physical Esc key that sits opposite the Touch ID sensor.

The first visually striking part of the image is the slimmer bezels around the display. The gorgeous panel immediately dominates that top of the MacBook and is destined to give owners a more visually appealing experience.

Apple, like many other companies, has been extremely keen to maximize the screen-to-body ratio and if this image is legitimate then it is certainly continuing that trend with the 16-inch MacBook Pro.

Those with a keen-eye will also see that the Touch ID sensor is standalone to the right-hand side of the Touch Bar with a dedicated physical Escape key sitting on the other side. Again, this information isn’t exactly breaking news and is something that we have heard before. This image and design simply corroborate those claims.

According to MacRumors, the person leaking the image suggests that the hardware will ship with AMD Radeon RX 5300M or 5500M graphics, which, once again, is something that we have already been aware of due to a leaked string in the macOS Catalina codebase. 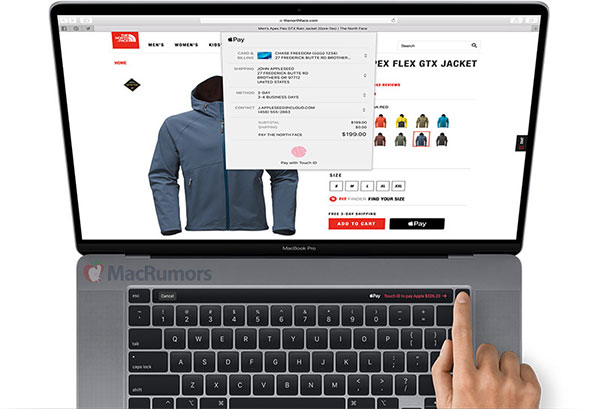 If you are a fan of larger screens, slimmer bezels, an easier-to-access biometric sensor, improved graphics, and are an advocate for breaking the virtual Esc key out of the Touch Bar, then the 16-inch MacBook Pro could tick a lot of boxes for you.

There is certainly nothing insane happening in this image that would lead anybody to immediately yell that it is a fake or that it has been Photoshopped into existence. With that said, at this point in time, any speculation about the design of the rumored 16-inch MacBook Pro is exactly that, speculation!

This image is definitely believable and falls in line with other information that has leaked into the public domain, but we can never be entirely sure until we see it in an official capacity or until it’s presented on stage during an Apple event.