Great news PUBG Mobile gamers. Well, great news if you happen to be able to efficiently access the Chinese version of the hit game.

Version 0.6.1 of the extremely popular Chinese version of the game is currently propagating through app stores and making its way onto the devices of users.

For most PUBG Mobile gamers, the 0.6.1 release should be showing up in the Google Play Store and iOS App Store right now, but of course in China. For others who are yet to receive that all-important arrival notification, rest assured that version 0.6.1 and all of its new features and improvements are just over the imminent horizon.

Rather annoyingly for those who currently enjoy everything that the global version of the game brings, the English version is still sitting on version 0.4.0, putting it multiple releases behind the version available in Chinese app stores.

From a feature perspective, version 0.6.1 of the Chinese version of PUBG Mobile introduces some wonderful new improvements that are designed to delight users and keep as many gamers as possible engaged and interested in the title. The biggest of those “improvements” is definitely the integration of the first-person shooter mode which comes with its own ranking system, and which means that PUBG Mobile is now much more than just a third-person shooting game. Some gamers have been crying out for this addition, whereas others have loved the fact that PUBG was played from the third-person perspective, which brought with it a lot of challenges and issues to overcome and ultimately added to the unique gameplay. 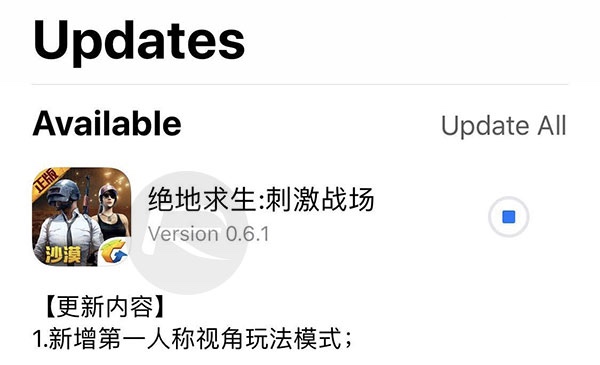 Gamers will also have access to an array of other improvements with this release, such as new background sounds to add to the immersive effect o the game, the ability for melee weapons to destroy tires, and even the inclusion of glass in windows which can be broken by weapons, grenades, and melee attacks.

All-in-all, a fairly substantial update which should definitely keep even the most demanding PUBG gamer occupied. The immediate release of 0.6.1 means that it is no longer in beta with a distinct set of lucky users. It also means that version 0.7.0 takes its place as the new beta version, meaning that PUBG gamers have that to look forward to in the not too distant future.

Complete patch notes for PUBG Mobile 0.6.1 can be seen below: 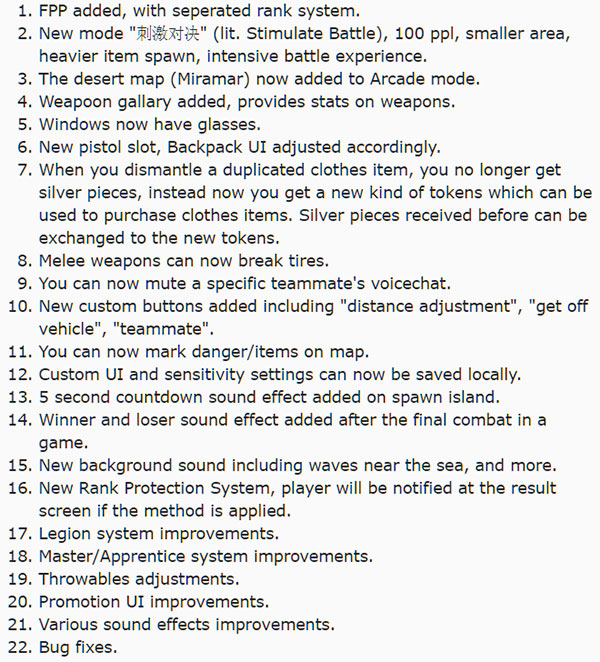