PS VR Release Date Set For October 13th, Will Have 50 Games At Launch

Sony has raised excitement levels in the virtual reality game by announcing additional release details about its upcoming PlayStation VR (PS VR) headset for PS4. If you don’t keep abreast with the comings and goings in the exciting world of VR, then you may or may not know that Sony had previously announced a general October release date for the hardware, along with some early information about the product. In this latest product update, the Japanese company has now provided additional granularity, confirming that the product will be released later this year exactly on October 13th, 2016.

Sony used the 2016 Game Developers Conference in San Francisco earlier this year to introduce the PlayStation VR to a captive audience, making a rather big deal about the fact that the headset would be one of the cheapest, most performant virtual reality products on the market at around the $400 mark.

Of course, consumers would be required to actually own the PlayStation 4 console, that’s a requirement to make this thing work, so there are definitely secondary costs involved for anyone wanting to run a PlayStation VR.

If you’ve been eagerly waiting for the companion VR headset for your PlayStation 4, then October 13th is the date to enter into your diary. Sony will be pushing the product out into the North American market first, retailing at $400, but it’s worth noting that the initial price-tag may seem cheap in comparison to the Oculus Rift and HTV Vive, but that doesn’t include the PlayStation Camera. Camera purchases will cost another $60, which still makes it a cheap purchase in comparison. The PlayStation VR price doesn’t include the Move Controllers either.

Of course, if you don’t want to make all of those purchases, you can just use the existing DualShock controller from the PlayStation 4 which offers motion-tracking via the lightbar if you own the PlayStation Camera. 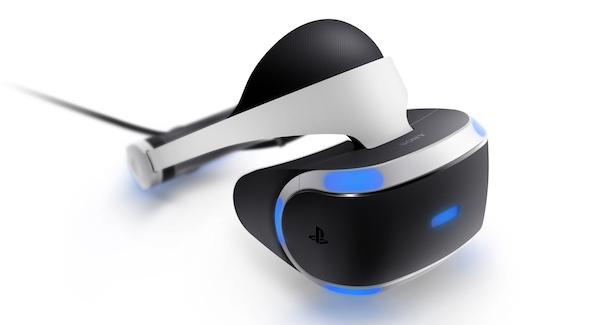 From a gaming and entertainment perspective, Sony has promised that its virtual reality system will have 50 supporting games by the close of the year. We will be sure to bring you more about the PlayStation VR as it emerges from this year’s E3 Conference, such as when additional markets can expect to be able to take advantage of the product’s 5.7-inch OLED display and 1080p gaming at 120 frames-per-second.